Best Types of Camouflage for Survival 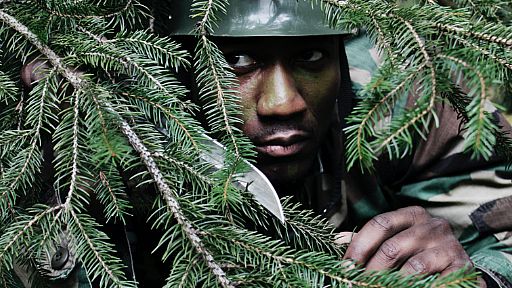 Whether for stealth during hunting or for evasion, camouflage is a survival necessity.  Both hunters and military units have developed various forms of camouflage over the years.  Each form has its use, its benefits, and its limitations.  For this reason, it’s important to consider what situations and environments you will be needing your camouflage for to determine which camouflage is best for you.  Here are a few types of camouflage and their strengths and weaknesses.

While there is usually some vegetation even in the desert, if you are wearing green camouflage in the desert, any movement will quickly give you away.

Unlike the Marine Corps, which issues different camouflage for different environments, the Army issues what it calls “universal” camouflage.  It looks purple, but it is more effective than you might think.  If you’re looking for camouflage that would assist in an urban environment, the “universal” pattern the Army uses is going to offer you much more visual distortion than any desert or woodland option.

Ghillie suits are three-dimensional camouflage suits that might have artificial textures, incorporate actual material for the surroundings such as grass or leaves, or both.  Ghillie suits can also be adapted to work in desert or arctic environments.  There is no better camouflage for stationary activities like sniping or hunting in place.  The three-dimensional design that offers so much visual distortion also traps a lot of heat, this makes ghillie suits a poor option when extended periods of movement are required.

There is a reason why the militaries of the world and hunters put so much thought and resources into camouflage, it is because it works.  It gives you the edge over your prey or your adversary.  No matter what your survival plan is, there is a camouflage that’s right for you and should be included in your gear list.

Why You Don’t Need a Doctor…

What Does the Bible Say About the Times We’re In?

Understanding the Next Economic Crash…

How to Manufacture a Bow Drill (Video)