Edible Plants in the Arctic 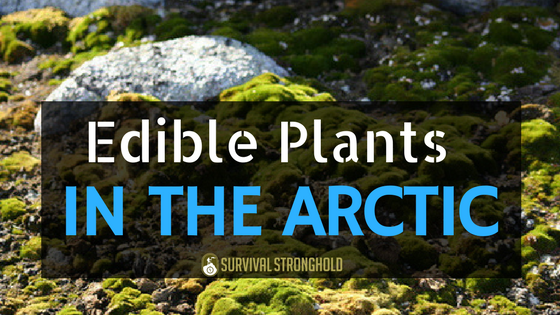 Being stranded in the arctic is certainly no small crisis. While it’s not impossible to survive, it would certainly be a huge challenge, but if you travel to arctic regions at all for hunting, fishing, or other sporting, you should prepare yourself, just in case, for the unfortunate disaster in which you might end up stranded.

Of course, being able to make or find shelter, start a fire, and simply survive the freezing temperatures is the biggest priority, if you have those down, you will need to sustain yourself.

While hunting and fishing will probably be you best bet, there are a few edible plants that are good to know about.

Lichen and moss can be most commonly found growing on rocks or tree trunks. While they’re edible raw, you’ll probably want to boil them a few times to get the bitterness out and make them more palatable. Lichen has been known to be a supplementary part of an Eskimo diet, when other sources of food were low.

While the soft, small sprouts that you can consume are usually only available in spring, if you happen to be in the arctic during this time, they’ll make a great treat.

All varieties of pine and spruce are edible, and you can eat them both in the same way. The needles are edible and can be used in a very nutritious and hearty tea. The pine nuts, inner bark, and baby cones are also edible. Virtually every part of each tree is better boiled, which you’ll probably prefer anyway since you’re in the arctic, after all.

The freshly sprouted tips of fern plants are edible the world over, and this applies in the arctic as well. They can be eaten raw, but are also better after boiling. Look for the small, soft, curled leaves on the inner part of any fern, often referred to as “fiddleheads”.

If you’re tough enough to survive the arctic, these edible plants will make a nice supplement to any animals you can catch, or keep you going if hunting is fruitless.

How to Rack a Slide Like a Lady (Video)

Camping Equipment Then and Now (Infographic)

Are We on the Brink of Civil War?