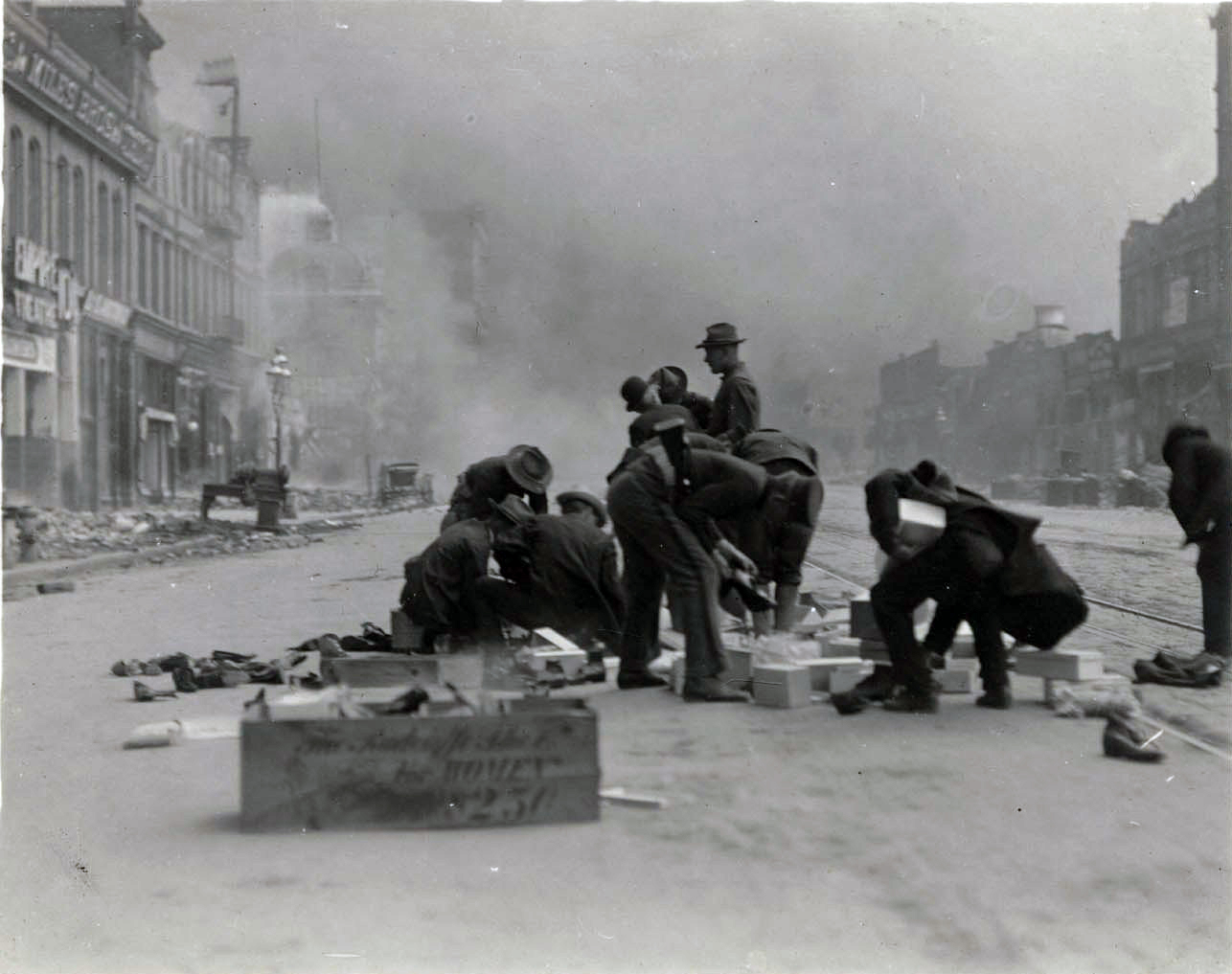 Now that’s not to say that everyone should be out for themselves and treat all others as potential flesh-eating zombies after a disaster.  But we do need to recognize those that the criminal element of our society will be emboldened by the absence of law and order in an urban environment.

And more than likely current n’er-do-wells, who are not currently spending their hard-earned money on canned food and bottled water, will increase their search for victims when these days come.  While self-defense should be a part of everyone’s survival repertoire, effort should be made to avoid the attack in the first place.  These are some steps you can take to blend in in an urban setting to decrease the likelihood that you will be targeted.

Unless you have an emergency need or are evacuating the area, stay around your home to avoid coming into contact with potential looters.

Parking a car covered in Glock or NRA bumper stickers in front of your house, or posting signs about your willingness and ability to shoot burglars lets people know that there are firearms in your house.  Now that might seem like a good idea because most people wouldn’t want to attack a hard target, but it could also give someone a reason to keep an eye on your home for a time they can catch you off guard.

Use a Generator Sparingly

You don’t really need to charge your laptop that bad, and you can use a headlamp to see in the dark.  Using a generator is loud and draws attention to you while making it harder for you to be aware of what’s going on around you.  If you need to, you can charge your phone in your car which is quieter if you need to turn it on.

Camouflage is more than clothing.  It is also action.  When the basic necessities of life are scarce, and law enforcement is strained or non-existent, drawing attention to yourself, and your supplies is the last thing you want to do.

3 Pieces of Survival Gear You Will Never Use

Improvising With Only One Backpack Strap

Moving Quietly In Any Enviroment