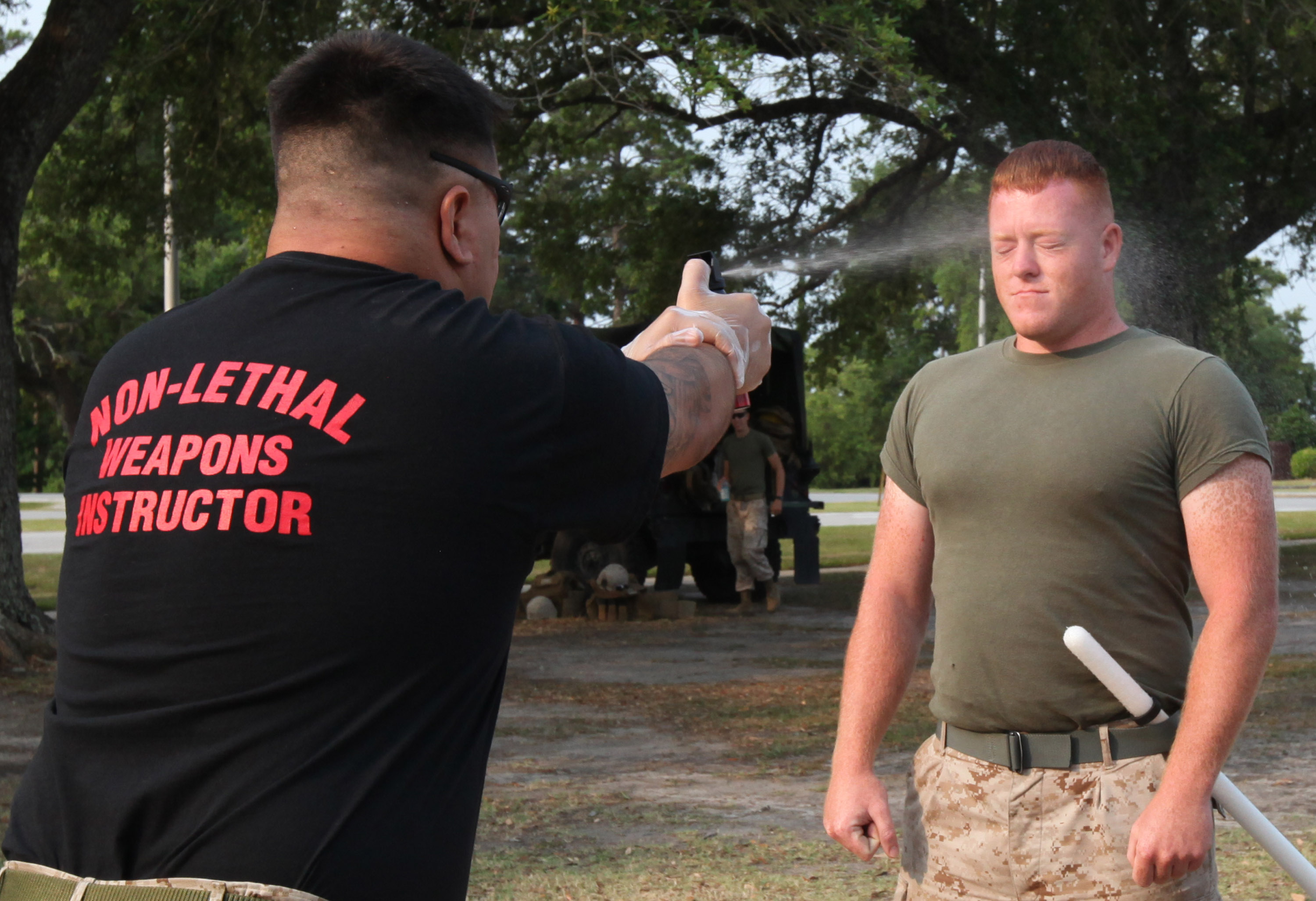 The most effective tool for self defense is a firearm.  But what if you are one of the people living in an area where your right to defend yourself is being limited?  Or if you can’t afford a firearm yet, can’t carry one where you live, or simply do not want to buy one?

Then you are going to have to stay smart to say safe, and improvise.

If you are being robbed, for example, especially by an armed attacker, you should always appear to comply and be submissive, even while planning your counter attack.  There’s always the chance that they will be satisfied with robbing you and making their get away, but you never want to attack someone that is already prepared and possibly aiming a weapon at you.  Always wait for an opportunity, or try to make one by dropping your valuables of the ground and stepping to the side, creating space between you and your attacker, and hopefully getting them to take their attention off of you.

But unfortunately, not all attackers want money.  The hard reality is that there are people out there who simply want victims.  So it is in your best interests to arm yourself with what ever you have access to and that fits the scenarios that you will be in personally.

There are a lot of items on the market for self defense such as pepper spray, stun guns, fist pack key-chains, collapsible batons, and the like.  All of these items have a purpose and can be effective if used properly, but they all have their draw backs.

One should always consider which of these items, or others like them would be effective for you personally.  If you are small, then a baton or a fist pack key-chain is not going to be very effective. While a knife can be deadly even in the hands of a small person, if you are not able to get to it in time and use it effectively it can be turned against you.

This is one reason why everyone should think about a combination of long range and short range weapons, such as pepper spray and a knife.  Even if the attacker chooses to try to close the distance after being sprayed, they will be greatly impaired when trying to take you one while you are also armed with a blade.

At the end of the day, everyone, but especially someone with a smaller build, should always be prepared to bring the weapons that they do have into the fight as fast as possible.  For example, don’t carry pepper spray in your purse only to turn your back on a guy that is creeping you out while getting in an elevator with him.  If you feel unsafe for any reason, prepare to fight.  Get your hand on your weapon, create space between you and a possible attacker, look for an escape route, and mentally prepare yourself to fight like your life depends on it if necessary, because it just might.

There’s a saying among professional fighters, “luck favors the trained”. Sometimes you might get lucky, but luck tends to strike more often if you are prepared.

Learning Another Language for Survival

A Simple Guide to Companion Planting