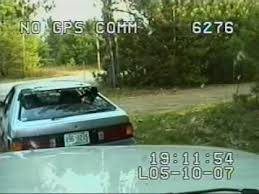 Pepper spray can be an effective tool for self-defense, but it has limitations.  Not everyone is equally affected by it, your attacker could be on drugs, have a high pain tolerance, or could even have been sprayed previously and knows how to fight through its effects the way police officers do that carry it.  Either way, simply because you have correctly sprayed someone does not mean that they no longer pose a threat.  In this video we see a police officer who has twice attempted to stop a vehicle that has pulled away again, get out and spray a massive cloud of pepper spray into the vehicle, which maximizes its effect by containing the spray.  But sadly the officer does not perform proper follow-up actions and pays with his life for turning his back on someone that was still a threat.  Always be sure you have stopped the threat, so that you don’t pay the ultimate price as this officer did.

Physical Threats from the Digital World

Never Rely on Your Electronics

How to Get Antibiotics for Survival