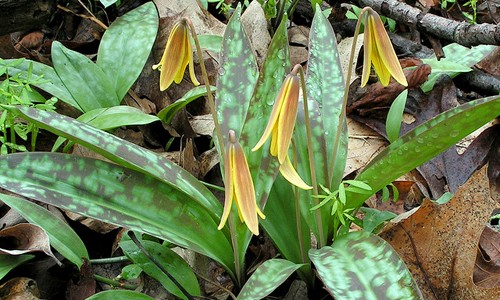 Trout lilies are in the Erythronium genus along with 30 other species of flowers.  They grow in temperate forests and meadows throughout the Northern Hemisphere, typically flowering in the spring.  They can vary greatly in flower color, but they tend to have a six petal flower with a speckled center, two oblong leaves with brown speckles, a lower stem with reddish color, and a root bulb that looks similar to a dog’s canine tooth (which is why some species are known as dog’s-tooth violets).  These flowers can be a real sight for sore eyes to anyone surviving in the wilderness, not only are they beautiful, they are edible.

Since they only produce two leaves when fully mature, and a small root bulb, trout lilies are not going to provide you with a bounty, but survivors can’t be choosers and they will give you enough to keep you going until your next meal.

9 Edibles You’ll Find in the Desert

Dangers on the Road