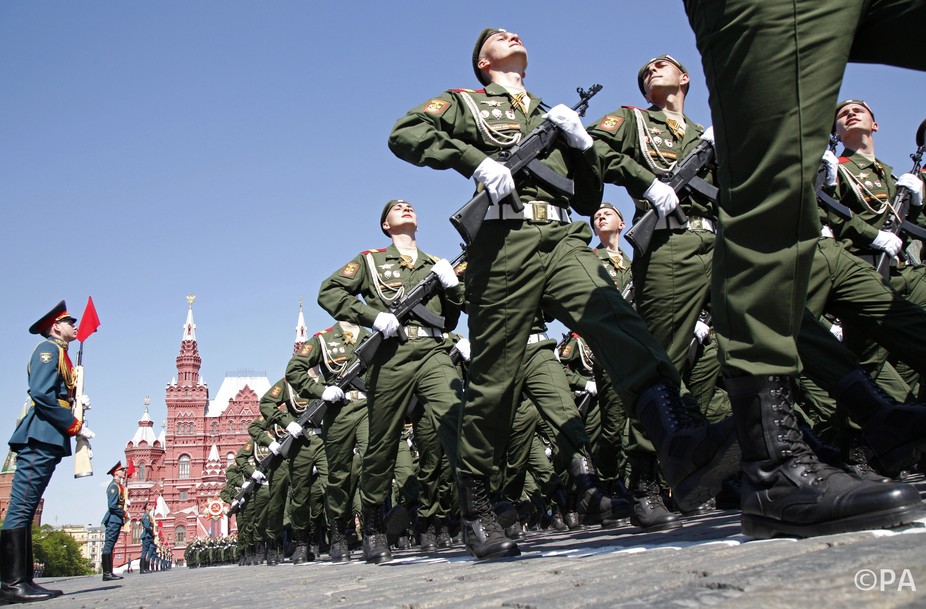 With less than a week before the inauguration of president-elect Donald Trump, Obama has ordered US troops into Europe, accusations of Russian hacking continue, China is rapidly taking military control of disputed waters and islands, and Syria is still smoldering and continues to draw the West and East closer to world war.  With all of this going on, what can we do to prepare and increase our chances of surviving if war does break out and even makes its way to our location?  Here are a few steps that can be taken now to give yourself and your family the best chance you can in an uncertain time.

Whether or not combat makes its way to you, you can still be affected by the war by a tightening of basic supplies, either because resupply is made difficult, or because the supplies are taken to provide for those fighting the war.  Having all the basic necessaties, and hiding them as well as you can should be your number one priority.

Firearms are the most effective method of defense available to us.  Having a semi-automatic rifle in a common caliber is crucial.  Before customizing the furniture on your weapon or getting a red dot, get a sizable ammunition stash built up and at least half a dozen high capacity magazines.

The last thing you want to do if a foreign military is in your area is to stand out.  You do not want to be wearing combat boots and 5.11 pants, or driving a car with gun manufacturer’s stickers on it.  I recently wrote about concealing gender for women after disaster, and during war would certainly be a time to do this.  History does not tell a good story of how women are often treated during times of war.

The foreign military won’t be your only threat, if supplies are hard to come by your own neighbors could try to rob you, or they could report you for having a firearm in order to gain favor with the invaders.  The details of your preparations should not be known to anyone outside your home.

If you are in an urban area, you are likely in a target zone.  Any invading army will want to take control of, or destroy major urban areas in order to control the flow of goods and troops through the area.  You need to have a plan for evacuating the area.

Having cash or precious metals available will never be so valuable as in times of war.  People will literally have your life in their hands, these people won’t be getting paid very well.  A discreet bribe to the right person could make it possible to get a loved one out of custody, bypass a checkpoint, or gain necessary supplies.

Some disasters strike with no warning, but we currently have every indication that war is likely to occur in the foreseeable future.  It is hard for some to prepare for something like this because they don’t want to come to terms with the possibility, but denial is not a protection.

Learn the Animal Dangers in Your Area

Nature NOT the only Threat During Natural Disasters

Your Bug Out Vehicle