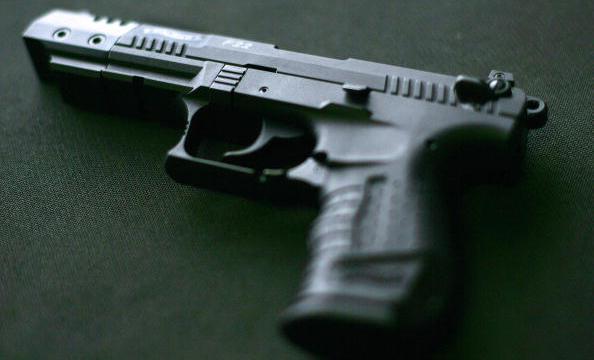 This video shows how important weapons safety is, not only when storing firearms but when handling them.  In the video we see an armed robber accidentally shoot his partner in the back, killing him.  What is a little harder to notice, is that the armed defender also nearly shoots the intended victim on accident as well.  For those that don’t know, and I hope that no gun owners are included in this group, the 5 weapon safety rules are…

The armed robber and the defender did not follow rules 2 and 5 respectively.  The robber shot his partner because he brought his weapon straight across, rather than lifting the muzzle enough that it was not pointed at his partner’s back, he was also not practicing basic marksmanship since he obviously wasn’t looking at his sights.  The defender starts firing while the intended victim is directly behind the robbers, he could have easily hit him, as others that have made this mistake have, but I’d rather post a video of an armed robber getting shot than an incident bystander since they both illustrate the same point.  Weapons safety does not mean a gun case, it means safe handling and use of a firearm, and this should be a fundamental part of your firearms training.