What You Need to Know About the Zika Virus 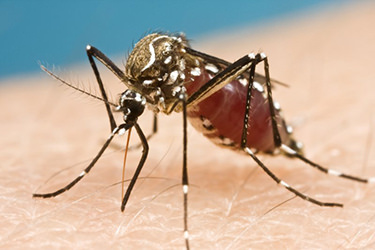 If you’ve been paying attention to the news lately, then you’ve no doubt heard about the recent widespread outbreak of the Zika virus. New outlets all over the US are talking about it, but few seem to have any real information. So what is Zika? What are the signs and symptoms? What are your risks? Here’s everything you need to know about the Zika virus and the current outbreak.

What Is Zika and Why Is It So Dangerous?

Zika is a mosquito-borne virus that originated in Uganda, where it was first discovered in rhesus monkeys 1947. The first human case was discovered five years later in 1952.

Since then, scientists have found that most people infected with Zika will show no symptoms and no ill effects. Approximately 20% will experience moderate symptoms, such as fever, a rash, red eyes, and/or joint pain. In most cases, the illness only shows mild (if any) symptoms, and only lasts about a week.

So why is it so dangerous? Zika has been linked microcephaly, significant underdevelopment in a baby’s brain marked by a small and/or deformed skull, and Guillain-Barré syndrome (GBS), an autoimmune disease in which the body’s immune system actually attacks its own nerve cells.

While Zika is a mild disease in adults, when passed on to a fetus, it can be devastating. Also, it can be sexually transmitted and passed on to the baby that way, as well. This is the biggest fear for those in danger of contracting Zika from a mosquito bite, especially as it is asymptomatic for so many people.

Right now, the best way to avoid Zika is to avoid travel to the 20 countries experiencing outbreaks right now, and to take all proper precautions to avoid mosquito bites, as well. If you fear that you’ve been infected with the Zika virus, you should get confirmation, especially if you’re planning on having children in the future.

Why You Should Always Have a Needle and...