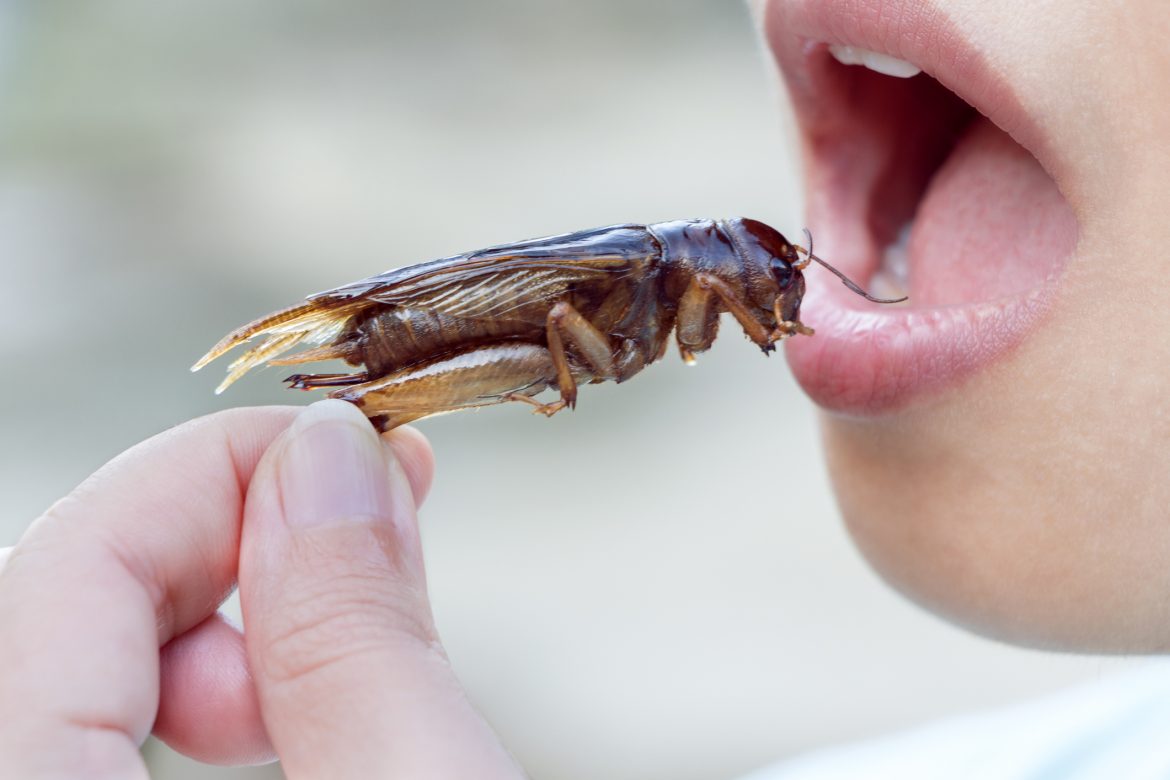 All around the globe, bugs are considered to be a regular part of the human diet. In some areas, they are thought of as a delicacy; depending on the bug and the preparation of it. The critters are loaded with protein and other nutrients that make them a perfect option when you want to fuel your body.

So, if you ever find yourself in a survival situation, don’t put off eating bugs as something impossible. These are edible, good for you, and if you’re starving, probably don’t taste all that bad either. Just make sure that you wash and cook your creatures before consuming. It will kill off any germs and boost the flavor just a touch more.

As long as the weather is fair, you could walk outside right now and find an ant colony. They are safe to eat, easy to catch, and can even be consumed raw. Just be sure that they are dead first because they can bite back. If you are cooking them, boil them for about six minutes in hot water.

Most all grasshoppers and crickets are edible, and they can be found just about anywhere. They are loaded with protein and some manufacturers even market cricket powder and cricket flour to demonstrate the amount of protein contained inside. There are nematodes found on these insects, so don’t eat them raw.

Termites have a lesser chance of carrying parasites because they spend so much time hidden away. They are full of protein, and in some countries, termite queens are considered to be delicacies. Almost 350 different kinds of grubs get eaten regularly on Earth, on purpose. They are the crawly creatures in larval stage before turning into beetles. Some are large and juicy, and others are small and crunchy. They are easy to find though and not all that terrible on the tongue.

Noxiously odiferous bugs shouldn’t be eaten in most cases, except for the stink bug. You have to cook them first of course. In Mexico, the locals consider stinkbugs a special treat. They even hold a festival each year in Taxco celebrating the critters.

One of the options that don’t taste all that terrible is a scorpion. Those that have eaten them say that they resemble crab in flavor. There is something important to remember about scorpions though. They contain venom. You have to cut the stinger off before you cook and eat it. During the cooking process, any poison that may be left behind is often neutralized. However, depending on your own sensitivities, you may still have an allergic reaction. These can be found in China as a regular street food item. In the wild, you can see them in the Southwestern parts of the United States.

If you’re having a real problem worrying about the taste of the insects you are choosing to sustain life in a survival situation, wood lice are your best option. Some say that they have a flavor similar to shrimp. They aren’t even insects but terrestrial crustaceans. Other names for them you may recognize are roly-polies, pill bugs, or potato bugs.

Worms obviously aren’t insects, but they are still edible creatures you can turn to if you need food. You can quickly locate them just by digging into the soil you’re standing in. After a shovel or two full, you most likely have at least one. Before you eat it, squeeze out the fecal matter for a more pleasurable taste.

Let Us Know What You Think...
8 Edible Bugs That Will Hold You Over During Survival was last modified: September 25th, 2018 by Nick A

5 Things to Check for Your Homes Electrical Safety