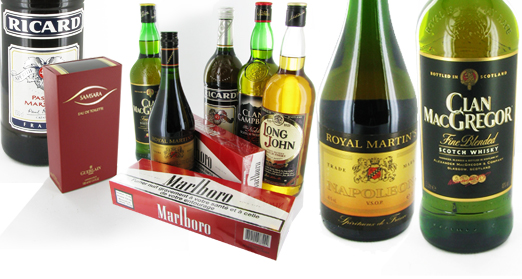 Most people would not think of things as unhealthy as cigarettes and liquor as items that should be stored for survival, but they are not without their uses for post-disaster survival.  Here are just a few ways in which you can make use of these items usually associated with unhealthiness so that you can increase your survivability after a catastrophe.

Insect stings and bites can be treated with tobacco.  Remove the fine tobacco from a cigarette and mix it with spit.  Given the taste of cigarette tobacco and the additives in it you might not want to do this in your mouth, but basically you want to create a spit poultice and apply this to the bite or sting.

The fine, dry tobacco in cigarettes makes them easy to light from a variety of heat sources even without a flame or a spark.  Once lit a cigarette can be used to ignite other less combustible tinder.

Distilled alcohol like liquor can be used to clean wounds or sterilize metal objects.

Liquor can be used to make tinctures from herbs that will allow you to receive the medicinal benefits of these plants long out of season and allow you to ingest them in concentrations that found in nature.

Both cigarettes and liquor can be used as currency after a disaster.  Cigarettes already are a currency of sorts for prisoners.  The addictive nature of these items means that people that currently use them will be willing to part with all sorts of things to get them after a disaster cuts off their supply.

I wouldn’t suggest that you get rid of your canned meat to make room for some Marlborough, but the value of liquor and cigarettes as a means of acquiring other items through trade after a disaster should not be overlooked.  That being said, if you want to survive, I wouldn’t recommend smoking them.

Let Us Know What You Think...
Cigarettes and Booze for Survival   was last modified: November 19th, 2019 by Samuel