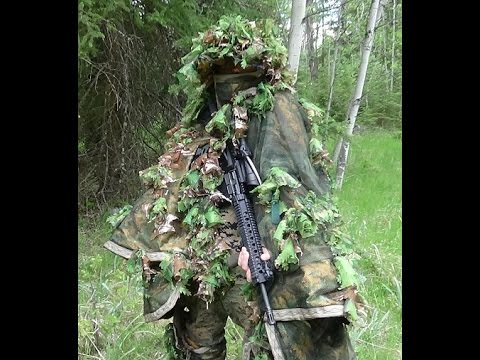 In a world with ever-advancing technology that threatens to further restrict freedom and autonomy, we need advancing responses, such as drones, satellite technology, the average person’s ability to resist tyrannical rule is being eroded. While low-tech measures can make you less vulnerable or even be used to combat this technology, sometimes the only option is high-tech.

In this video, we are shown how to build a suit that is capable of hiding your body’s thermal signature by up to 90%.  All the material used is easily obtained and the design is relatively basic.  But if you do not want to make your own the links to purchase a thermal ghost suit is included in the video.  Don’t let the idea of drones and advanced surveillance technology bother you without fighting back.

The key to this suit is a material called radiant barrier. It can be found at your local home depot or lowes. The applications of this build are few are far between, but it is important to know the tools needed in case this sort of threat ever presents itself the future.

Self Defense with a Cane