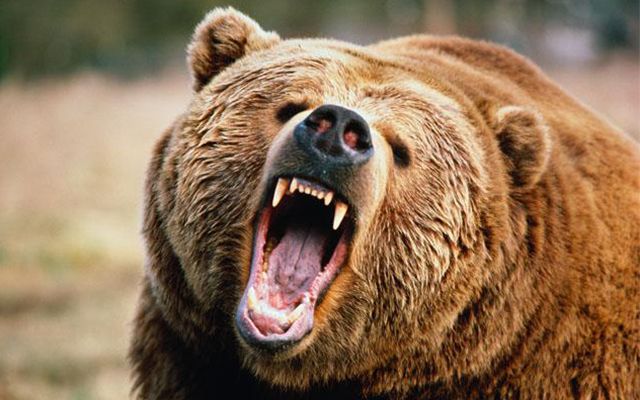 In a survival situation, one is much more likely to die from hypothermia or dehydration than from animal attack, but that’s not the case for backpackers.  Backpackers should have the gear necessary to protect them from the elements and a water filter keeping them safe from the two biggest dangers of the wilderness.  They also have food on them, which is why they will be at a greater risk for bear attack.  Whether surviving or backpacking, here are a few tips for safety while in bear country.

Never bringing food to camp doesn’t just mean not bringing a hot meal to camp, it means not bringing anything that even smells like food from contact with food into your camp.  Bears have ripped doors off of cars to gain access to a candy bar wrapper.  Backpackers have reported having a bear tear their camp apart because, even though they left their food outside of camp, they brought back the dish rag that smelled like food.  Keep everything that comes in contact with food outside of your camp, at least 100 yards away and in a tree.

Stealth is Not Protection

The silence that can be found in wilderness locations is one of the draws for many back country backpackers, but it’s not going to protect you from a bear attack.  If you are in bear country you want to make your presence known from a distance that gives the bear a chance to avoid contact with you.  Talk loudly with those that are with you, if you are by yourself put some small rocks in a can and shake it regularly to alert bears.

Of course, bear spray and a firearm will increase your level of safety, but they shouldn’t be relied upon.  Bears have been sprayed and retreated, only to shake it off and come back for more.  In a case I saw on TV a man on horse back was attacked by a mother grizzly, he shot her with a 30-06 (a large caliber high powered rifle for those that don’t know).  The bear proceeded to kill his horse with one swipe of its paw and then tear his leg off before retreating with her cubs.

Bear country isn’t confined to the Alaskan bush, black bears live in almost every state.  So research the area you are going into and be careful.  If you want to see a bear, go to the zoo.

Bug-Out Gear for Your Dog