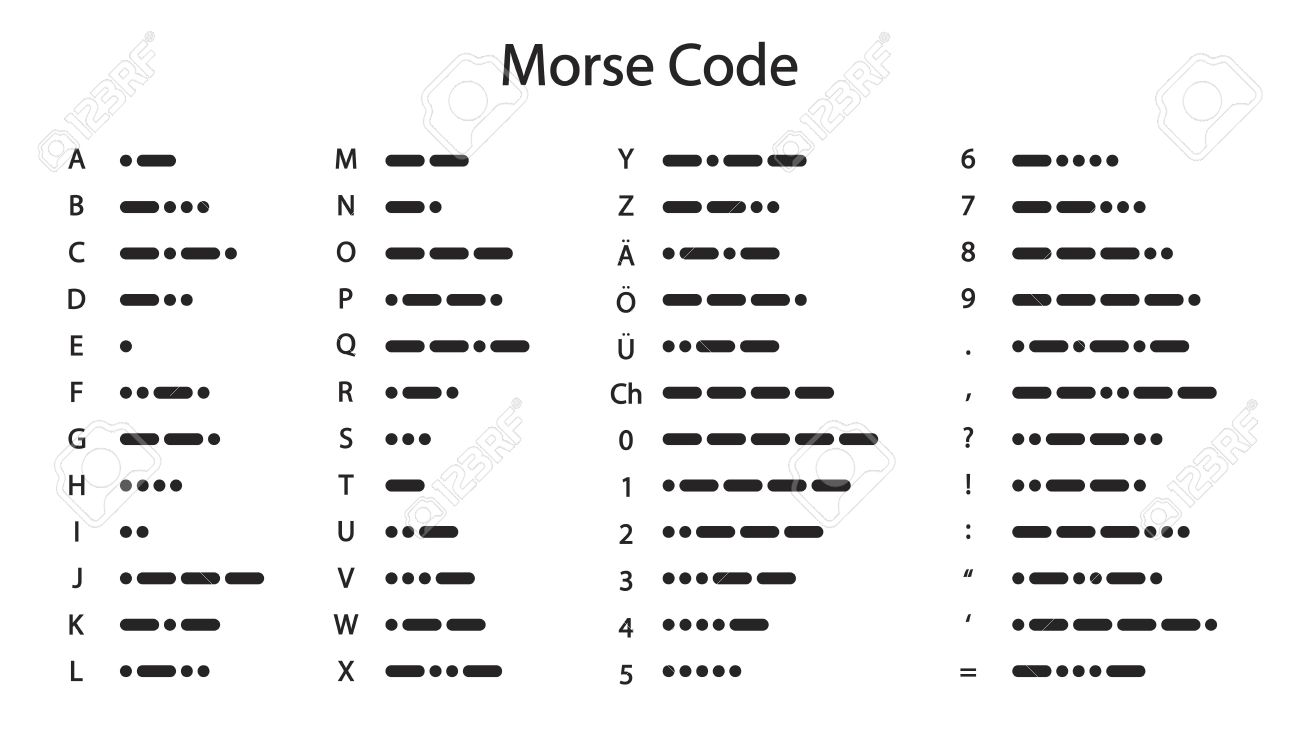 Morse code was developed in the 1830’s to transmit language over the then new telegraph.  The basic premise of Morse code is similar to binary code, using on and off.  The main difference is that Morse code has a “long on”, represented as a dash, and a “short on”, represented by a dot, with blank space between letters and words.

Communication technology has come a long way since then, yet we all know that SOS means.  It is the internationally recognized signal for distress.  While learning the whole alphabet in Morse code could come in handy, knowing SOS is by far more the most important thing you could learn in Morse code.  SOS is “…—…” with no pauses between letters.

This can be done by taping and scraping on a surface, flashing a mirror, or toggling a flash light.  If you want to get a little more advanced, here is a graphic from Postris.com showing the whole alphabet and numbers.

Stung By A Bullet Ant

Learning to Hunt With Other Tools