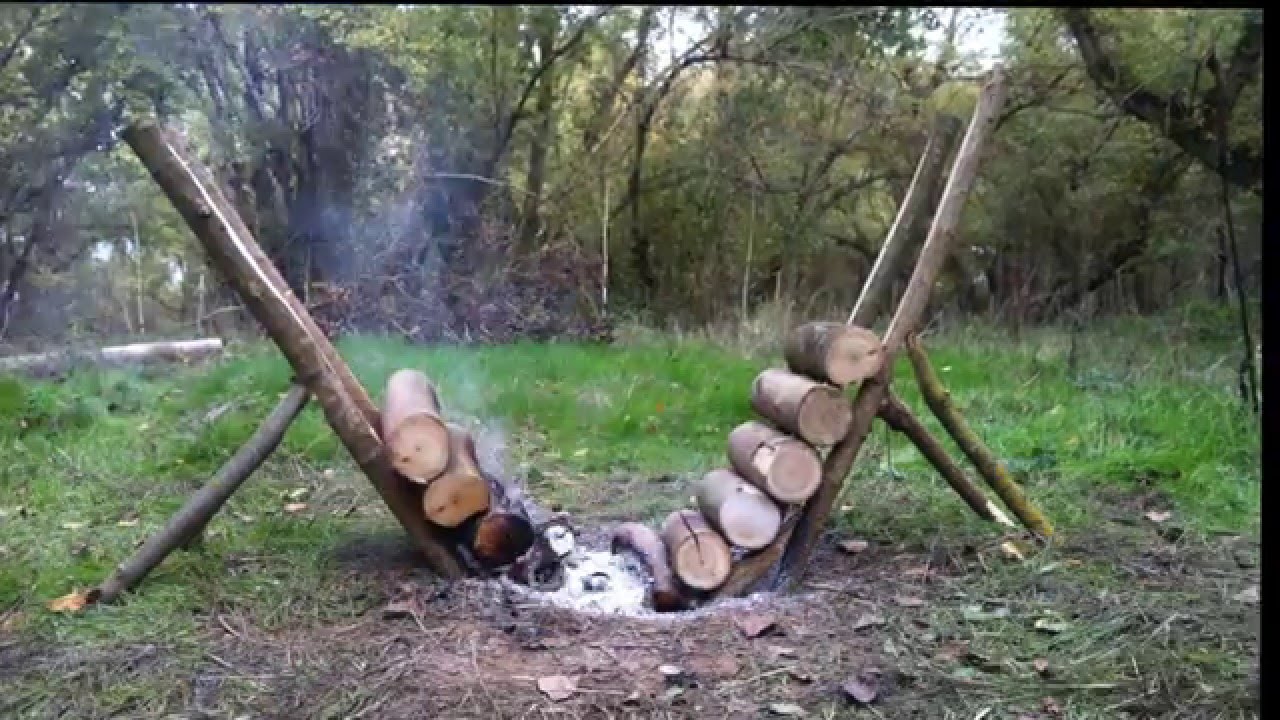 Most of the time, fires are going to require some level of attention and maintenance on your part to continue to burn.  But this won’t always be possible or practical.  Having a fire that requires no maintenance to burn through the night when inclement weather is rolling in and might make starting a new fire in the cold morning difficult could make the difference between hypothermia and a warm morning.  This is one method of building a self-feeding fire.

With this method, you don’t have to hope that you wake up in the middle of the night to feed the fire, or that it miraculously burns through the night.  This self-feeding method can provide fire through the night, leaving you with a massive bed of hot coals in the morning to warm yourself and cook on immediately instead of having to start a fire in the cold.

4 Rules for Choosing a Concealment System