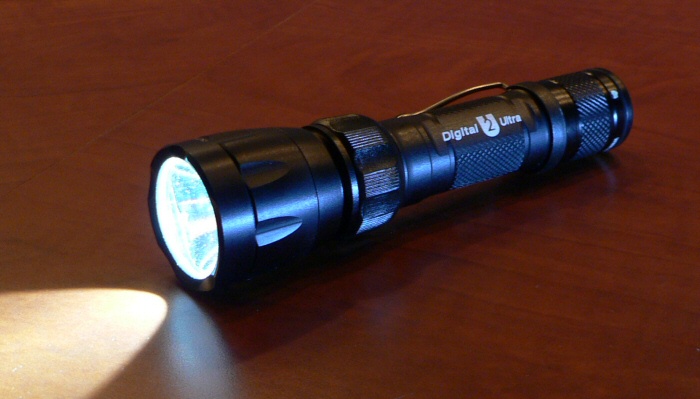 What items do you want to include in your everyday carry (EDC)?  The list usually starts out the same for everyone, and then it gets longer and longer and more extravagant until you need a 3-day pack to contain it.  But the point of EDC is not to be prepared for everything from an asteroid strike to a zombie apocalypse, the point is to have items that you are going to willing and able to carry with you every single day that will have the most versatility while giving you the minimum hassle.

Here are the best basics

A knife can open packages, skin an animal, be used to kill an attacker, eat your food, and even cut your finger nails.  A good folding knife can be as small as 3 inches when closed, and weigh less than 4 oz.  Given the usefulness of a knife and it’s easy of carry, there is no reason not to just slip it in your pocket before leaving your house.

These days a flashlight that weighs less than a hamburger and has more than 100 lumens can be purchased at any big box store for under $20.  Those that want to spend a little more have a huge market to choose from.  A flashlight can be useful not only in a power outage, but also in a self-defense scenario.  Going from dark to even 80 lumens instantly can temporarily blind a person, giving you the chance to run, or get your weapon in the fight.  Those first seconds are precious when life is on the line.  For those that don’t want to carry something bulky, spend a little more so what you don’t have to go without a flashlight in your EDC.

It’s true that you will probably not be required to start a fire to stay warm or cook your food today.  But given the size of a Bic, do you really need to go without it?  Plus, while things are still going well and civilization is still intact, you can open beers with it.

As with a lighter, you will more than likely not be needing paracord in the next 24 hours to save your life.  But also as with a lighter the easy of carry, when compared to the possible advantages, makes paracord hard to pass up.  A paracord bracelet can sell for as little as $2.64 online, and when worn will not weigh you down, slow you down, set off metal detectors, or otherwise impede you.

When you are considering what items will make your list for EDC simply compare the items potential usefulness against the inconvenience of carrying it.  If the item is bulky or heavy, you will probably get sick of it and start leaving it at home.  Since you don’t know when you are going to need any item for survival, it is only a good EDC if you are actually going to be willing and able to carry it every single day.

Check Out This Life-Saving Medical Course for Survival…

How to Properly Cauterize Wounds

How to Mark Your Trail in the Wilderness

You Need the Basics to Improve Your Shot...

Gifts for the Survivalists in Your Life