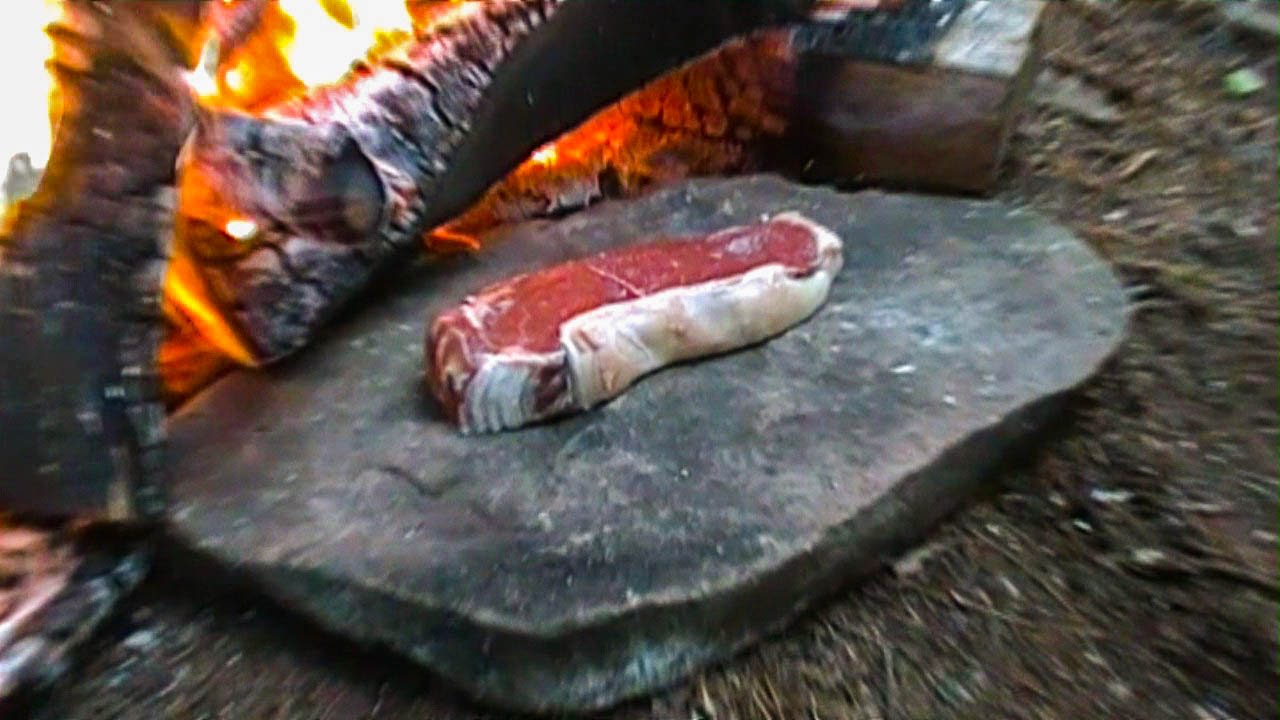 If you are surviving in the wilderness protein from small game is going to be invaluable to you.  The last thing you need after trapping or hunting an animal successfully, which won’t be easy, is to waste your kill and end up with less food than you could have had.  Here are some tips for getting the most out of your meat with primitive cooking skills.

Cooking on a spit is one of the oldest and simplest methods of preparing meat over fire.  Other than the obvious fire, you will need to get two strong green sticks of the appropriate size for the meat you are cooking.  One stick should have a branch coming off near the top, preferably not in a “Y” shape though, but with the main stick remaining straight and one branch.  This will make driving it into the ground much easier.  The second stick should be as straight as you can come by and strong, remove all bark from it and drive it though your meat.  Rest one end in the branch of the stick that has been driven into the ground, and turn the other end of the stick to evenly cook the meat.

If there are large “flat-ish” rocks in the area you can cook the meat on a rock like you would in a pan.  After your fire has burned down to hot coals stack the flat rock on two smaller stones to allow for enough room underneath it to accommodate the coals.  Cutting the meat into thin strips will make cooking it evenly easier.

If you have a container that you can boil water in, boiling your meat is a great way to ensure that you get every bit of the possible nutrients.  You can even boil the bones and drink the broth.

Make sure you have a plan on how you are going to prepare your meat prior to obtaining it so that you do not lose any of it to spoilage or because of improper preparations.

Why Combat Ranges are Not Just for Gun Nuts

What to Buy Before a Storm