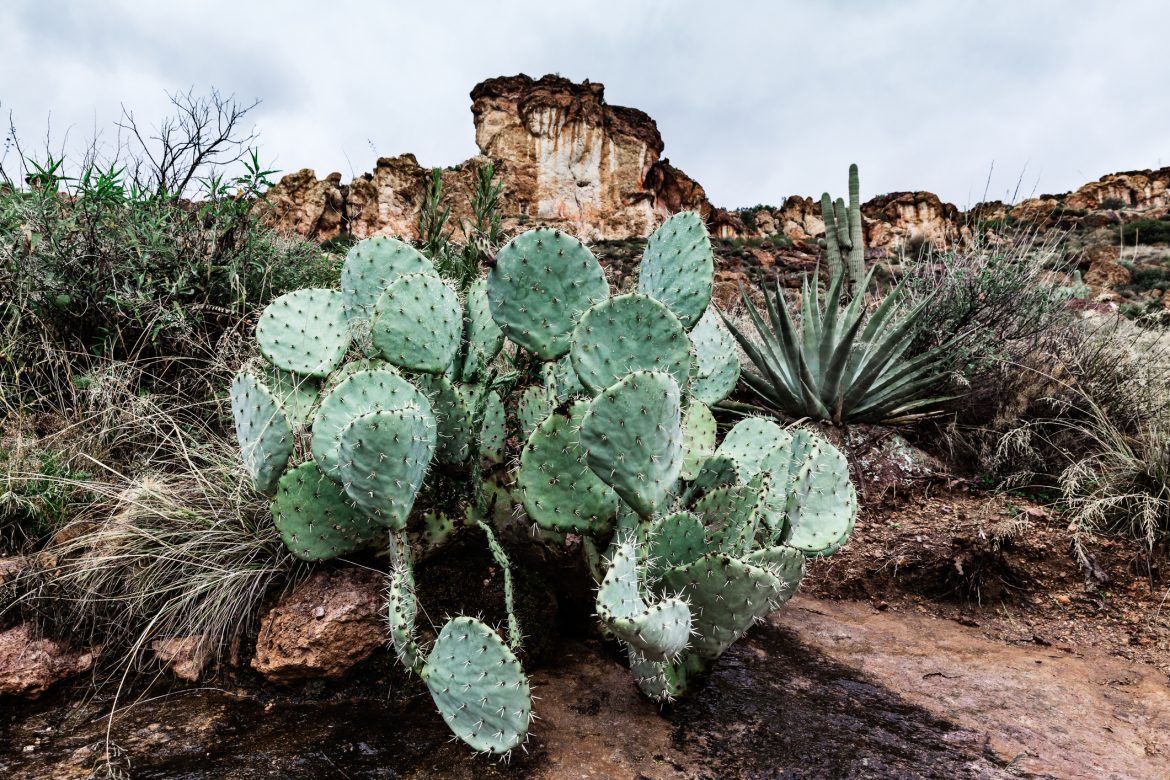 Ending up in the desert with no food or water is one of the many tropes that you’ll see in movies. However, it’s entirely possible actually to end up in this situation. Unlike the movie characters who have no real idea of how to proceed, you’ll know what to do when you encounter a prickly pear cactus.

What Is A Prickly Pear Cactus?

This plant is native to both North and South America. It’s classified as Opuntia Cactaceae and is known for its distinctive flat claedodes (the green spiny parts or pads), red fruits, and large flowers. This species of cactus is edible and has many different culinary uses. The prickly pear cactus (it gets its name from the spiny red fruits that look kind of like pears) appears in traditional Native American and Spanish cuisine. The prickly pear cactus grows in desert environments, much like other types of cacti.

In the movies, the main character, suffering from heatstroke and in desperate need of water, reaches for a prickly pear cactus and slices it open. He then drinks the water located inside of the cactus. Voila! He’s been saved. The water will sustain him until he’s rescued or reaches civilization. In reality, however, this isn’t a good idea. While many cacti do store some water inside of them, as that’s how they thrive in these environments, you don’t want to actually drink it. The water will need to be squeezed out of the cactus, and if you manage to get enough to drink, it will actually make you very sick – sicker than heatstroke even. This is because cactus “water” contains oxalic acid, which can cause your stomach to be very upset. The “cactus with lifesaving water” trope is one of the myths that we need to dispel.

In short, don’t drink the cactus water, if you can even get water out of one. The other parts of it – the green pads, sometimes called nopales or claedodes, to be scientific, are also edible. Like with the fruits, you’ll need to remove all of the spines after cutting the pads off of the plant. While there are a number of recipes, some based in Mexican cuisine, when you’re in a survivalist situation, you’ll simply cook them over an open fire. Start by removing the spines and the outer edges of the pad. Then, place it between two wooden sticks or at the end of a sharpened one – whatever you need to do in order to grill it safely over a fire. If you can, place it directly over a metal grill, but if you don’t have one, just carefully hold it in place. When the pad is sufficiently browned on both sides, remove it from the fire and cut it into slices. You can add some seasoning if you have any (salt and pepper work nicely), but if not, just eat it plain.

Although you won’t be able to get water from the prickly pear cactus, you won’t go hungry.

Let Us Know What You Think...
Survival Food: Prickly Pear Cactus was last modified: May 29th, 2018 by Nick A