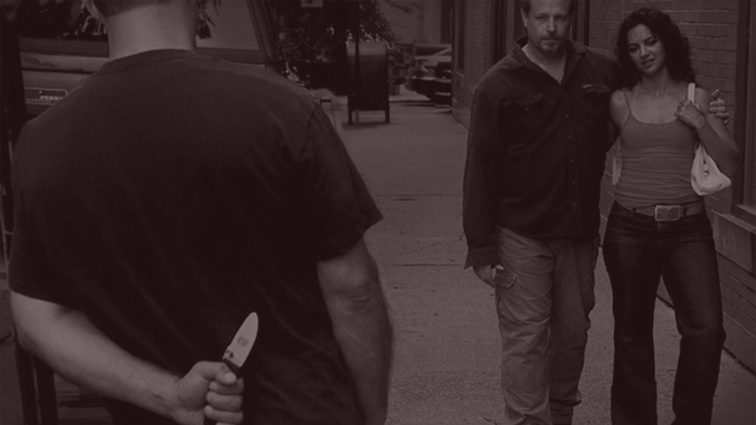 A number of cities in the country are actually very dangerous. If the world were thrust into a survival situation, you have to imagine that they would become even worse. Many times, survival manuals provide you with information on how you can survive in the woods or the desert. It is just as important that you learn how to survive in an urban landscape.

Be Aware of Your Surroundings

It’s sad, but most people today have very little idea what is happening around them. Everyone who has their phone just a couple of inches away from their face and who walk around like zombies are prime targets for people who may want to steal from them or to do them harm.

If you want to be safe, you need to be in the present when you are out on the streets, just as you would be if you were in the woods. Always be aware of your surroundings.

Listen to the Inner Voice

You have an inner voice – your intuition – that can help keep you out of dangerous situations. Listen to it. If you think it’s a bad idea to jog down that dark path through the park (it’s generally a bad idea to do this), then don’t do it. If someone is walking down the street toward you and you feel nervous, cross the street. Don’t be worried about hurting their feelings. Do what makes you safe.

When you are in a dangerous situation, your body is going to go into flight or fight mode. Depending on the situation, one of these options may be more viable than the other one is. Each situation is different, and again, you need to learn to listen to your inner voice. If you have to flee, run as hard as you can. If you have to fight, fight tooth and nail with everything at your disposal.

Never Expect Help – Be Able to Help Yourself

Never expect that someone will come and help you if you are in a bad situation. Sure, it might happen. However, you can’t rely on that. The only person you can rely on is yourself, so you need to know how to defend yourself, you need to know the neighborhood as much as possible, and you need to have the will to survive.

The cities really are dangerous places, and you do need to take care of yourself. Recently, a woman was beaten to death after she came out of a cancer treatment center for no apparent reason. Joggers have recently been murdered in Massachusetts, New York, and other states around the country. Do not be blind to the dangers out there.

If you are interested in learning how to defend yourself and others (without a firearm), Watch this video. [Warning: maybe graphic for some viewers]

How to Add a Patina to Your Carbon Knife Blades

Simple Steps to Take to Start Prepping the...