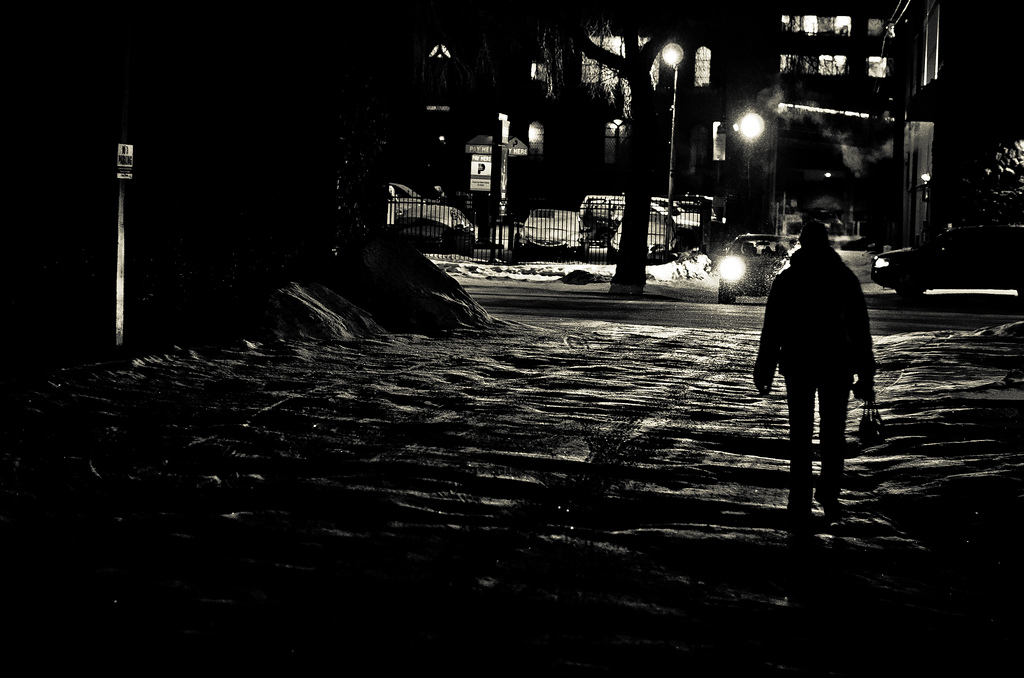 Understanding how distance affects one’s ability to attack and defend will allow you to properly respond to an attack in a lethal encounter.  Whether the attacker is unarmed, holding a knife, swinging a club, or has a gun, distance is a factor.  Responding properly will limit the attacker’s ability, while responding improperly will multiply their effectiveness and potentially render you defenseless, and dead.

If your attacker is unarmed, then their effective range is only as far as they can punch and kick.  Any distance greater than this that you can put between you and your attacker will give you the ability to either get away, or get your weapon into the fight effectively with little chance of your attacker being able to take it from you.

If you are threatened or attacked with a knife, distance is your friend.  Kick, run, and if possible, put a physical barrier (like a car or tree) between you and your attacker.  Get your weapon in the fight as quickly as possible.  And if your attacker closes the distance from ambush before you know it, then do everything you can to control the knife.  Getting both hands on it, distracting them a counter attack like biting their fingers or torquing their wrist.  But if possible, always put distance between you and a knife.

If you are attacked with a blunt weapon like a baseball bat, for example, then your attacker has lethal effectiveness only at the end of their swing.  This means that if you are out of reach you are safe, but also, if you are closer than the bat is effective as a weapon.  Without the option to run or get your weapon in the fight, the best option is close the distance on the attacker.  At this point the blunt weapon is of little concern, don’t waste time trying to control it, rather attack soft targets like the eyes, throat, or groin.  Get as close as you can if you can’t get away.

A firearm is a distance weapon, but this does not mean it is not lethal at point blank range.  Creating a few feet of distance will do you no good, as nearly anyone can still put rounds on target a few feet away.  But if you see the threat at a distance of 30 feet or greater, running for cover and getting your weapon out is probably your best bet.  Hitting a moving target at a distance is difficult for anyone without training.  If you do not have this option, then you may be in the unenviable positon of having to close the distance on an attacker with a firearm.  This will not limit their ability, but it will increase yours.  You can fight for control of the firearm, or render it less effective by ejecting the magazine or holding the slide while attempting to fire it at your attacker or at least just away from you.

Not every attack or every weapon is the same, so not every response is the same.  Have a plan in place because when attacked, seconds count and life is on the line.

How to Pop Popcorn Without A Microwave

Biggest Mistakes Made By Experienced and Beginner Preppers