3 Tips to Avoid Getting Eaten by a Bear 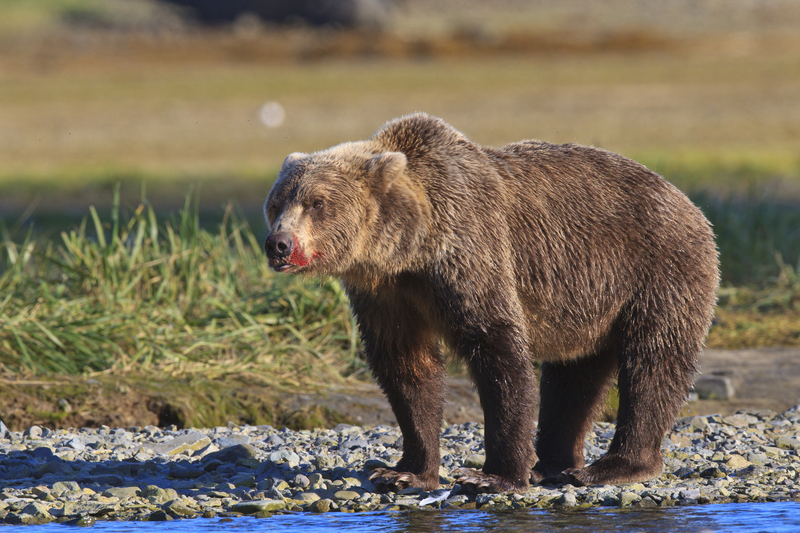 Did you know that the type of bear that is most likely to attack humans is a polar bear? That’s good news for mountain hikers who fear going into the woods where only black bears reside. While brown bears (also known as Grizzly Bears) are another species of bear that will attack and show aggression toward humans, you can avoid encounters with them by staying away from the areas where they are most common such as Glacier National Park, Yellowstone National Park, and various parts of Alaska.

When compared to grizzlies and polar bears, black bears are least likely to attack you. In areas where black bears are common, human-bear interactions are frequent, yet bear attacks in these areas are very rare. You have a 1 in 2.1 million chance of becoming attacked by a black bear if you are hiking in areas such as the Great Smoky Mountains National Park.

However, if you take part in activities such as bow-hunting or various game in Montana or hiking in Yellowstone, you increase your risk of getting attacked. Therefore, you should take precautions before you start backpacking, camping, or hiking in areas where bear attacks are frequent.

Obviously avoiding these beautiful national parks and areas where you may encounter bears is not ideal if you love the outdoors.   So, let’s go over a few ways that might help you avoid a bear attack if you are in areas with bears.

Don’t Get Too Close

The main reason for most bear attacks is because humans want to get too close to them. You should always give a bear plenty of space and never come between a mother bear and her cubs. It may make for hilarious scenes in comedy films, but in reality, you are placing yourself in a fetal position by getting too close. If you see a bear in the distance while taking a walk, turn, and go another direction. Remain quiet so that you don’t alert them, and if you can’t change your route, do not move forward until the bear is out of your sight for at least a half hour. Let Them Know You Are Human

Bears are actually scared of humans and rightfully so unless your luck crosses you with an angry or aggressive bear, they are typically scared of humans and will turn and run away.  If you see a bear and it begins walking toward you, stand up, make yourself as big as possible and make noise.  This is where you don’t want them to get too close, if you allow them to get too close and you possibly startle them, they will become aggressive and attack only to protect themselves.

Be Careful with Food

Bears are always out looking for food, and if you’re enjoying hot dogs and burgers at your campsite, you can be sure that if a bear is around, they will want some too. Always place your food, utensils, and cookware at least 100 feet away from your campsite and do not set up camp anywhere near bear scat or tracks. Be sure to store all scented products such as soap or toothpaste away from the tent with your cooking supplies. And you shouldn’t sleep in the same clothes that you wore while cooking because the scent of the food will remain in the fibers.

What to Do When Bears Attack

This is where being prepared comes into play, if you are in areas where bears are present, you must carry either bear spray or some sort of gun.  If a bear charges at you, you need to either use bear spray or shoot at them.  If you don’t have a gun and have no spray or other items to protect yourself, remain still. The bear could just be testing you to see if you are a potential threat to him. It could lose interest in you once it realizes that you are not a threat.

Tip: DO NOT SKIMP ON BEAR SPRAY.  Your typical “pepper spray” won’t be enough.  <<Try This Max Strength Bear Spray>>

If the bear attacks, this is the time to lie down and play dead. You need to convince the bear that it was effective in its job and that you are no longer a threat to it. Lay flat on your stomach to keep your vital organs protected. Cross your hands behind your neck to protect the arteries. You can also curl into the fetal position and cover the back of your neck using your hands.

Playing dead during a bear attack is very effective and has a 75 percent success rate. That is because most bears will attack out of defense, and will back down once they realize that you are not threatening them.

Although you can’t always predict what will happen when it comes to wild animals, these tips can help increase your chances of surviving bear residing areas and/or an encounter with a bear.

4 Life and Death Reasons to Carry a Knife