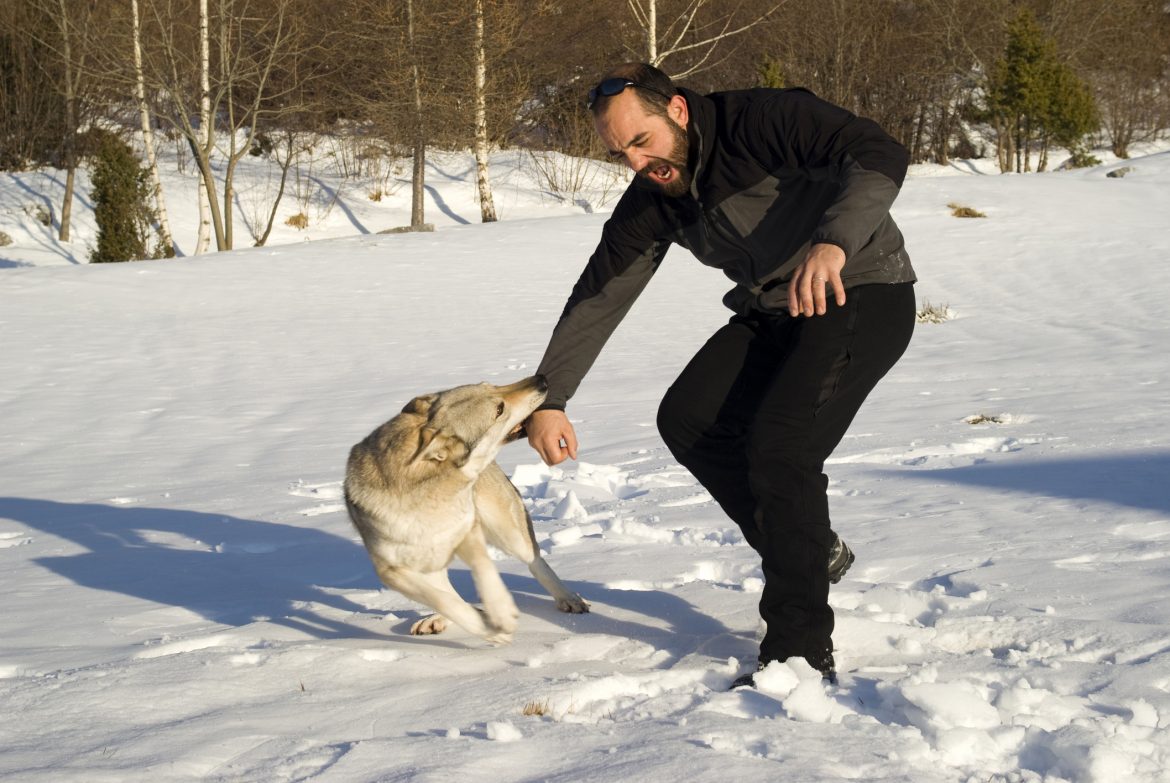 Visualizing a wild forest animal from a distance can be quite the experience. In most instances, the creatures aren’t going to get too close to a human. However, there is always the opportunity for an animal attack, especially if that animal feels threatened or provoked. Some tactics can be implemented if you are confronted by a bear, wild cat, wolf, or a snake.

When you first see a bear, you need to determine if it’s a brown bear or a black bear by looking at its fur. Then, speak to the bear in a calm voice so that it has a better chance at understanding you are human and not something that it wants to attack as prey. Keep your eyes on the animal while you walk away slowly still talking in that same calm voice. Never run away. Running turns you into something for the bear to chase, and you could trip becoming even more vulnerable.

Stay away from bears with cubs as they are incredibly protective of their babies. If a bear starts walking toward you as you’re walking away, stop moving. When a brown bear attacks, play dead. If the attack doesn’t stop, find a weapon like a rock or a stick to fight back. When a black bear attacks, run away. Find shelter if you can. Hit the animal in the head with a weapon if you can find something.

Cats and wolves are intimidated if you can make yourself look more prominent. Wave your arms around and unzip your jacket so it spreads out making you look bigger. Talk confidently in a low voice. Maintain eye contact and walk away slowly. Never run away as that could invoke a chase. Stay standing up tall. Crouching down to pick something up makes you appear smaller.

Throw things that you can reach without bending over near the animal to try and scare it off. When a wolf or wild cat starts approaching you, throw objects directly at it. If the animal does reach you and begins to attack, fight back. Use whatever you can find for weapons including rocks or branches. Know ahead of time if the place you’re exploring is a habitat for snakes. If it is, make sure you are continually watching where you are putting your hands and feet. Every snake should be thought of as poisonous if you do run into one. Don’t try to get past a snake or jump over it. Turn around and go back the other way.

Never try and suck the venom out of your body if you do get bitten. You should seek medical attention as soon as possible. Make an attempt at getting a good description of the snake so that the hospital knows how to treat the bite best. The bitten body part should be left below the heart if possible.

Let Us Know What You Think...
How to Escape Dangerous Animals was last modified: August 10th, 2018 by Nick A