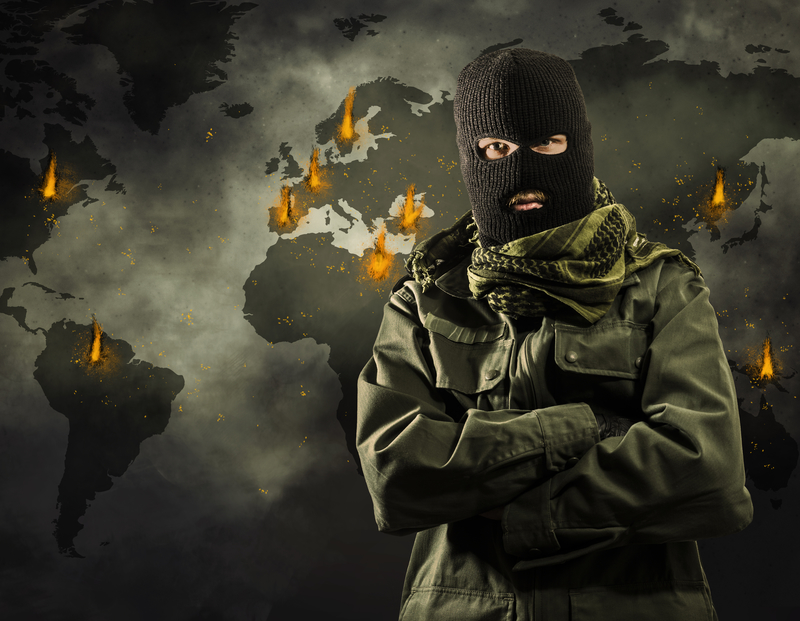 Unfortunately, society as a whole has had to accept acts of Terrorism as a “New Norm.”  Whether it’s a fellow countryman acting as a lone gunman and shooting up an elementary school, or group of extremists claiming to be fighting for a cause, we’ve had no choice but to accept that these things can, are and do happen.

Like preparing for a fire, tornado or an earthquake, knowing how to react if ever faced with this life or death situation can aid both you and those around you in bettering your chance of survival.

Just as in a fire, or other emergencies, the time it takes to realize what is happening, a lot of damage can occur. Being aware of your surroundings at all times will help alert you and let you recognize the situation faster if a problem arises.

To aid in your reaction time, make yourself aware of your environment when you arrive at a new location.  This can include taking note of the emergency exits and which one is nearest to you, remember exactly where you parked your car. These little observations can mean the difference between getting lost in panic or having the right knowledge to think through a plan to get out.

Want to protect yourself?

Attention: Any Man Concerned With The Rise Of Violent Encounters In The United States — and Who Wants To Protect Himself and His Family From Those Who Intend Harm — Must Master The 17 Viciously Effective Special Forces Combatives Moves Now Revealed For The First Time On This Page

If you can’t get away from the action, do your best to get out of the way.  You can accomplish this by becoming as small as possible, hopefully avoiding the attention of the dangerous person.

This can be as simple as dropping where you stand and protecting your head from running feet or working to move behind or into some form of cover.

If gunfire has been recognized as part of the activity, dense, hard covered places or areas are best but in the absence of this kind of shielding, keeping out of sight and limiting movement will aid in preventing you from being intentionally targeted.

So, in short, if you can’t escape, hide.

Don’t Be a Hero Unless You Know How

Or, you don’t have any other choice.  Very often attackers are working in groups, possibly wearing body armor, or carrying explosives designed to self-detonate.

We’ve heard in some news reports about how attackers were taken down by other civilians in the area. However, very often those individuals are trained in this type of one on one combat and just happen to be there at the right time.

On the other hand, if you are faced with a threat head-on that there is no escape from, you may improve your chances by “going out swinging” than just sitting there waiting to get shot or brutally beaten.

This may be a reality you are faced with, it’s better to be over prepared than not prepared, wouldn’t you agree?  Would you like to learn how to be more prepared?  I urge you to watch this short video of a woman being attacked and some simple steps to avoid what she went through.  <<<Click Here>>>

If You Get Away

If you are able to get out and away from the action, make sure you stay on your guard.  There is always the possibility that additional areas are scheduled to be targeted.  Keep under cover, and contact the nearest authorities for assistance. Also, keep away from any large groups that may be gathered in the area and avoid public transport.  If police officers or other emergency officials are present, follow their instructions as they are aware of the most pertinent info for exiting the target areas and finding safety.

While the statistics are still low for ever actually being present at a Terrorist attack, it’s still a good idea to be as vigilant as you would for any other potential disaster.  Keeping a cool head and working the problem can go a long way in helping you survive the experience.

Here is more material to help you better prepare yourself for such a situation:

There’s one simple fighting move that can save your life.

– It can take down an attacker no matter how big they are.
– You can master the technique in a few hours.
– It doesn’t involve a weapon.
– You don’t have to be strong.

7 Essential Items You Need in Your Car at All Times