7 Valid Reasons to Never Drive Without a Dash Cam 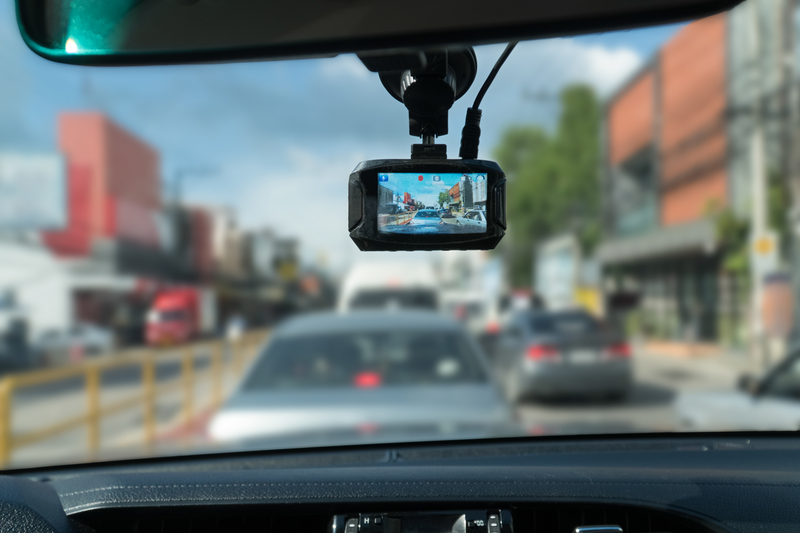 The cost of a Dashcam starts very reasonable, under $100, and go up from there depending on the recording time offered and whether or not it records when the car is off.  Really nice (and expensive) versions will even overlay the speed, time and location based on readings from its internal GPS data.

If you are considering adding this to your current vehicle, but still aren’t sure, here are a few reasons that might help you make the decision.

Humans don’t always see the same incident the same way.  Distractions, opposite angles, and confusion can create multiple accounts of the same accident.

With a dash cam, you will have an unbiased and accurate account of what actually happened.  This will make any insurance and medical claims much easier to achieve and may ever keep your insurance rates from going up.  That is if it isn’t your fault.

Get Out of a Ticket You Don’t Deserve

If you’ve been pulled over for a traffic infringement you didn’t perpetrate, you may be allowed to show your cam footage to keep from getting the ticket.  In cases where the officer isn’t allowed to watch on site, at least you’ll be able to present it in traffic court.

Since traffic violations earn you points on your driving record and raise your insurance premiums being able to prove you didn’t actually do anything will save you money and hassle later.

One case in New York featured the use of a two-way dash cam.  The driver was able to prove on site that he hadn’t been using a cell phone, but merely tugging at and scratching his itchy ear.

Aid in the Fight Against Insurance Fraud

The FBI estimates that insurance fraud costs people over $35 billion each year (yes, that’s Billion with a B).  When insurers unwittingly settle fraudulent cases, all motorists suffer as the cost of being insured goes up to compensate for the extra money paid.

If you’ve captured an incident on your cam and think it may be deliberate, you can hand over your footage to the insurance companies and other authorities.  This action may aid them in grabbing a con artist looking to make a quick buck off a staged accident.

Just as athletes watch videos of their games to see where they can improve their technique, reviewing your own footage from a dash company can do the same.

The better driver you are, the better record you’ll have.  And, the lower your insurance bill may become.

Check on Your Teen’s Driving

While you are checking on your own driving skills, take a glance (or more) of the newest driver in the household.

Sending out your child on their own behind the wheel of a car has always been nerve-racking.  Now with a dash cam, you can see exactly how they are doing and be able to offer advice on how to handle various situations as they arise.

A two-way dash cam could be even more helpful. Thanks to the digital age and smartphones changing the radio station or tape deck are no longer the only distractions your teens are going to deal with.

Your Vehicle is Never Really Out of Sight

Many cams have the option to turn on when motion is detected nearby.  That way, if someone breaks in, or takes off with your wheels, you’ll have them captured on candid camera for all the world to see or at least the proper authorities.

Even if you never find the person or the car, if you have a cam that automatically uploads to the cloud, you’ll still have a copy to give to your insurance company showing exactly what happened.

So, whether you’d like to have recordings while in your vehicle driving or while you are away, a dash cam can prevent numerous incidence from negatively affecting your life.

Let Us Know What You Think...
7 Valid Reasons to Never Drive Without a Dash Cam was last modified: March 20th, 2018 by Nick A

How to Determine the Best EDC Practices

Below Zero Without a Sleeping Bag

How to Guard Against Drone Threats