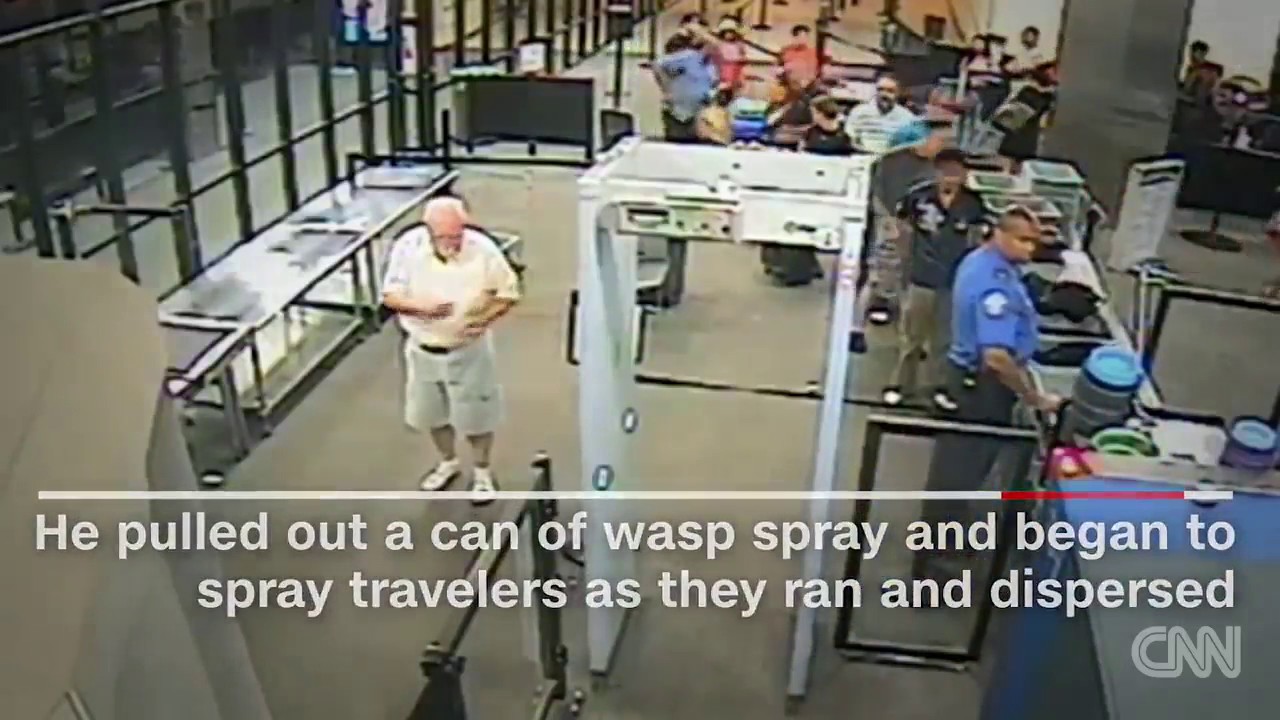 I have repeatedly said that a distance weapon such as pepper spray, or even a high lumen flashlight, can be combined with a knife to multiply their effectiveness.  Anyone blinded by an irritant, or bright light, will be unable to effectively protect themselves from the knife.  Normally, if you are being sprayed with pepper spray (or any other irritant) the best defense would be to close the distance and tie your opponent up, but if they also have a blade, that strategy will be deadly.

In this video, we see just how effective this sort of combo can be when an unstable 63-year-old man uses wasp spray and a machete to attack travelers and TSA agents at an airport.  I’m obviously not advocating terroristic type attacks, but simply showing how effective the combination of an irritant spray (which should be pepper spray because I believe it is a violation of federal law to carry wasp spray for the intended purpose of using it as a weapon, even a defensive weapon) and a blade.  Luckily no one other than the attacker suffered life-threatening injuries.