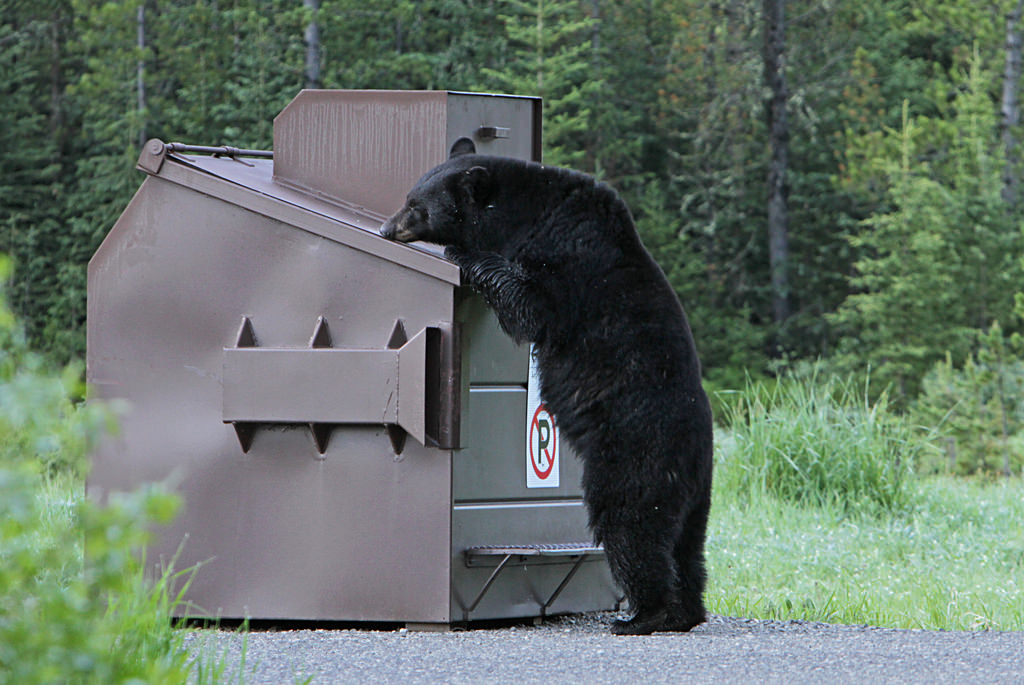 Bears are common throughout North America, and when camping, hiking, or bugging out, it’s very important to familiarize yourself with basic bear safety tips.

There are two types of bears in North America: black bears and grizzly, or brown bears. Black bears are obviously often darker, but they also have taller ears, no obvious shoulder hump and a straight face. Brown or grizzly bears are larger, and have a very distinct shoulder hump, short ears, and a “dished” shaped face. Recognizing the difference in their tracks is important as well, so you can tell which bear is in the area. When hiking through the woods, its important to move with as many people as possible, and try to be loud and obvious. This is especially important on thickly wooded trails with little viability, so you don’t startle unsuspecting bears coming around a corner.

If camping near a water source, make sure to keep your tent and kitchen at least 300 ft. from the water source and from each other. Keep all your food near the kitchen area, and if possible, place that downwind from your tent. When preparing your food, throw away your trash in tightly lidded, airtight containers right away. Don’t leave food lying around and don’t bury your trash or leftovers. Don’t sleep in food you cooked in, and treat any personal hygiene items you might have just like food-you never know what scent will attract bears.

If you can, it is wise to tie your food up in a tree. Pick a branch strong enough to hold your food-but not a bear. Gather your food up into a tight, lightweight container, secure with a hope, and sling up in the tree.

If you see a bear…

Don’t scream, run away, or try to fight it off. Avoid eye contact, speak in a calm, low voice, and turn around and walk slowly away. If the bear attacks you, if you’ve already determined it to be a black bear, it would be wise to fight back as black bears have been known to be deterred by being hit in the face and nose. Grizzly bears on the other hand would only be more angered by this, but playing dead has been known to be effective with them. Just lay on the ground and cover your neck; a lot of the time they are only attacking as a sign of dominance.

Bears don’t have to be so scary if you know what you’re doing, so just be smart, vigilant, and respect the animals and the space you are sharing with them.

How to Can Water for Long Term Storage