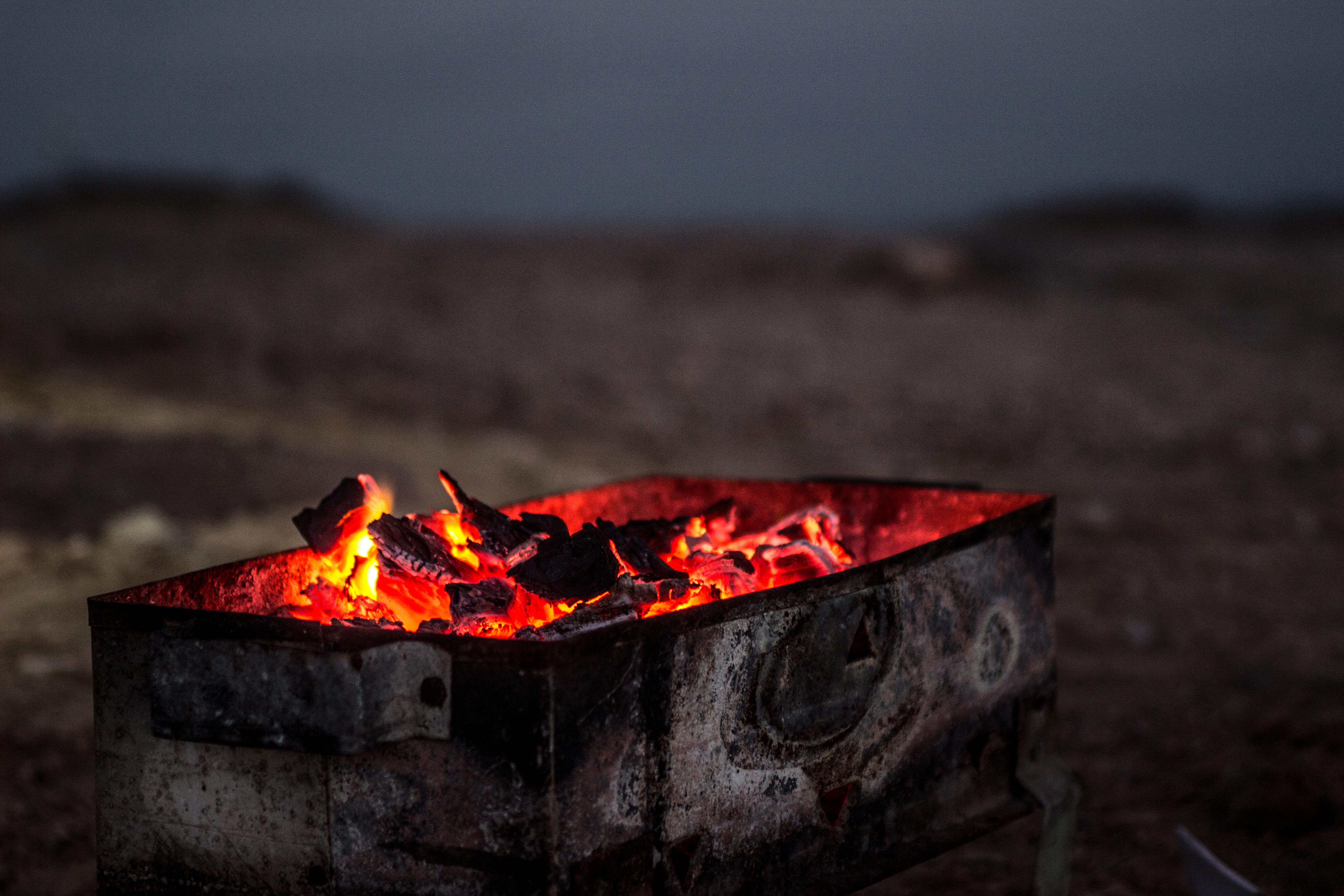 It’s getting colder this time of year, and if you find yourself stuck outside with temperatures dropping, fire could be the difference between life and death.  But starting that fire is only the beginning.  Unless you are in a situation where staying in one place is favorable, you are going to have to start a new fire after covering some ground.  One solution is to transport the fire that you already have to your next location.

Three benefits to transporting your fire instead of starting a new fire include:

How do you transport fire?

All you really need to bring is an ember from your current fire, and to keep it “alive”, while not allowing it to burn.  This is achieved by giving it some solid fuel, but restricting its oxygen.

What you use will depend on what is available to you in your surroundings and what you have on you.  But the basic formula is a shell of some sort, a tin can or a ceramic bowl or even a bull’s horn, as your outer case.  This should restrict the amount of air allowed in, but preferably it will have a means of adjustment like holes that you could plug or open as needed.

Line the case with something to keep the heat in, while still providing possible fuel, birch bark or cedar bark or even leaves will do.

Fill the case with whatever fine tender is available to you, dried grass or dried fungi or even dried cow patties (any dung that is made up of nearly all vegetarian will work, such as deer or elk droppings), and place the ember inside the tender.  Pack it in tightly so as to restrict the amount of oxygen to the ember, allowing it to receive only enough oxygen to smolder and not enough to burn.

Be careful when carrying the fire bundle so that you do not allow too much oxygen in and get burned.  Likewise check it for heat so that you know you are not choking it, allowing more oxygen in if needed.  Making fire is hard enough, don’t do it twice if you don’t have to.

If you liked that, you may also enjoy:

What to Do If You’ve Got the Wrong Batteries

10 Foods You Should Be Growing Yourself (Infographic)