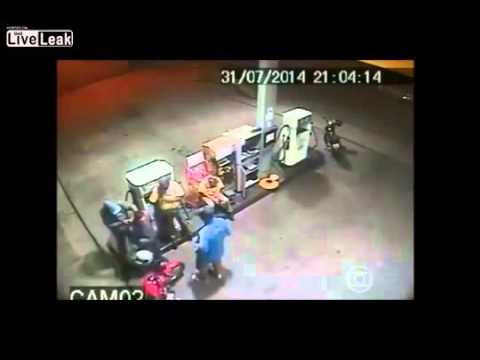 This video is of an attempted armed robber at a gas pump.  “Attempted” because of the would-be victims was armed and put an end to the threat.  Take a look at the video and watch as this armed defender reacts perfectly to the threat of an armed attacker.

The man in blue is the defender.  Watch him and take note of these actions:

This is a short video, but it all ended well for the defender and the potential victims, and we can learn from this video so we can have an outcome just as good if we are forced to defend ourselves and others from an armed attacker.