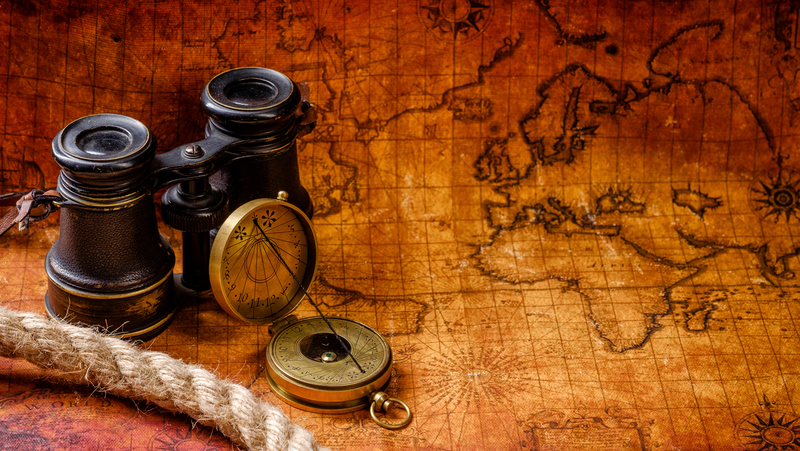 Humans have been aware of magnetism for thousands of years. It’s the reason two magnetized objects will stick together and the reason they’ll repel each other.

Magnetism is the reason two magnets stick together or repel each other. On a more practical note, it’s also the reason we have been able to navigate our globe for approximately one thousand years when the first compasses were invented.

Explorers have utilized Earth’s magnetic field to successfully cross deserts and oceans alike with only a compass and the stars to guide them.

First, one caution.  If you are using a strong magnet, avoid getting it close to other magnets and any electronic devices.  Magnets can erase all data from electronics.

Begin by rubbing the magnet in the same direction up (or down) the length of the metal needle.  Do this at least five times.  If you are using a weaker magnet, like a fridge version, you may need to do this as many as twelve times. This process will magnetize the needle. Why does this work? Many types of metals, like the steel the needles are made of, are made of billions of individual atoms.  Each atom has its own magnetic properties, meaning each atom is, in fact, a micro-magnet.  The atoms of the steel gather in clusters referred to a domain.  These domains create a (very slightly) larger magnetic field.  But, each domain’s field is directed differently than the ones around it, canceling out any effect that magnetism would have on its environment.

By introducing a stronger magnetic field to the unorganized domains, you can reorganize them so that they all align the same way.

Yes, you really did just re-align matter at the atomic level. HOW COOL IS THAT???

Turning your New Needle Magnet into A Compass

Next, slice a quarter inch piece off the cork to create a cork disk. Laying the disk flat on your work surface, use the pliers to push the needle through the side of the cork and all the way through the middle until you have an even section of needle sticking out from both sides.

Fill your bowl with a few inches of water and float the cork disk and needle in the middle of the bowl.

As the needle and disk settle onto the top of the water, it should begin to move.  Once it stops moving, check the direction it’s pointing toward.  If all has gone to plan, the needle should be aligned with the Earths magnetic field and pointing North/South in the bowl.

To test it out some more, try walking around carefully to see if the needle re-aligns as the bowl changes position.  Or, try spinning the needle and disk with your finger and see if it re-aligns the same way each time it stops.

Using This Method in A Natural Setting

Many survival kits include a compass of some sort, but it would also be a good idea to have a backup just in case.  A small magnet and a mini pack of needles will take up almost no space in your kit.  If you find yourself in a scenario where you need to get your bearings, you can achieve this same result by placing your needle on a small leaf and floating it in a puddle or other still sources of water.

Let Us Know What You Think...
Homemade Compass was last modified: February 20th, 2018 by Nick A

Natural Materials You Can Cook In