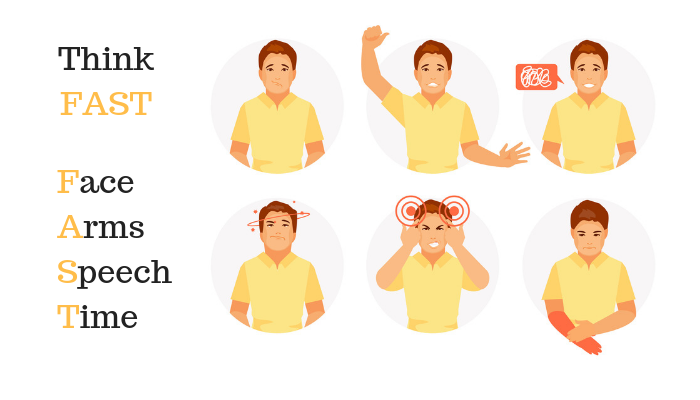 Strokes have been in the news quite a bit lately, with the death of Luke Perry and the illness of John Singleton at the forefront of everyone’s minds. The main thing to remember is that in many cases, you can suffer a stroke and survive, as long as you know how. This involves understanding the main symptoms of a stroke, as well as getting emergency medical help as soon as possible. Otherwise, you’re likely to end up as a statistic. Here’s everything that you need to know about strokes, as well as how to survive them.

What Exactly Is A Stroke?

A stroke is a medical condition that occurs when a blood vessel in the brain is either blocked so that blood can’t flow properly, or it bursts, causing blood to leak into parts of the brain. Either way, brain tissue is in danger of dying, due to the lack of blood flow. As you can imagine, strokes can be deadly if they aren’t treated quickly, and even if you manage to get to the emergency room in time, there may still be some impairment. It all depends on how bad the stroke is, as well as where it’s located in the brain.

Poor blood flow because of plaque buildup, inflammation or thicker, stickier blood, will increase your blood pressure, cholesterol levels and of course, can lead to a heart attack or stroke. … The spice turmeric is a powerful anti-inflammatory agent that can help keep arteries free from any kind of blockage.  Interested in more information…Click Here>>>

There are three main types of strokes that you need to know about. The first is a smaller stroke, known as a transient ischemic attack or TIA for short. These strokes are very small, and some don’t even have any visible symptoms. However, they are generally known as “warning strokes” for a reason – they are warning signs that something larger might be on the horizon. The next one is an ischemic stroke, which is caused by a blockage in one of the blood vessels in the brain. These must be treated right away because the lack of blood flow can damage your brain tissue. Finally, there’s the hemorrhagic stroke, which is caused by a burst blood vessel. This floods the brain tissue with fluid, and it cuts off the blood flow. The latter two – ischemic strokes and hemorrhagic strokes – can be quite dangerous, so it’s important to know what the symptoms of a stroke are.

You Need to Know FAST

The best way to remember the symptoms of a stroke is with an acronym. This one, called FAST, stands for Face, Arms, Speech, and Time. When you’re having a stroke, one side of your face will droop, become numb, or not move properly. Checking this by smiling to see if your face is suddenly moving in an asymmetrical manner is the best test. This is what the “F” or “Face” part of the acronym stands for. The next letter, A or Arms, involves testing to see how much strength you have in your arms. If you think that you’re having a stroke, lift both of your arms up. If you can’t control one of them and it moves downward, then you might be having a stroke. Next, there’s the S, which stands for Speech. Try to say a few words out loud. Do they sound mumbled and jumbled? Are you unable to speak at all, no matter how hard you try? If so, then you need to call 911. Finally, there’s Time, or T. The sooner you get medical help, the better.

When it comes to strokes, time is of the essence. The faster you get medical attention, the better your outcome may be. Know and understand the symptoms and, even if you aren’t sure if you’re having a stroke, call 911 anyway. It’s always better to be safe than sorry.

If you’re concerned about having a heart attack – and you should be – then be sure to watch this heart attack video NOW: >> 4 Warning Signs of a Heart Attack You NEED To Know

Let Us Know What You Think...
Critical…How to Survive a Stroke was last modified: March 9th, 2022 by Nick A

31 Fun and Random Survival Facts by the Numbers

Your Bug Out Vehicle