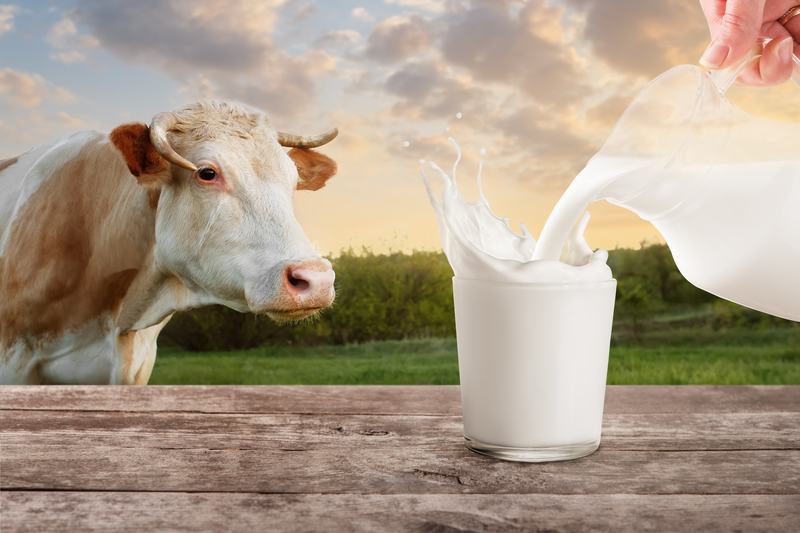 An emergency pantry should be stocked with many different types of food, including milk. However, since you can’t actually store standard dairy milk – it goes bad quickly and must be properly refrigerated – you’re left with two options: canned milk and powdered milk. Which one is better? Canned milk is also known as evaporated milk. In everyday life, it tends to be used in recipes for things like pumpkin pie. Most varieties are sweetened, and they tend to have a shelf life of several years, based on their expiration dates. However, some people have opened those cans several years after the expiration date and found that the milk in them is still good. Basically, as long as the cans are stored in a cool, dry place, they’ll be fine for quite some time.

You can also buy non-sweetened evaporated milk in large containers. Some places sell it in five-gallon buckets that have been vacuum sealed to keep the milk in good condition. These forms are also good for several years and can last for a bit longer, just like the small canned variety.

There is a caveat, however, as both types of canned milk – sweetened and unsweetened – have a limited amount of uses. You can drink them (straight from the can) and bake with them. But if you want to do anything else, then you’re stuck. Powdered milk, on the other hand, has a very, very long shelf life. As long as the container is kept dry and in a cool storage space, it will last for more than a few years. Rehydrating it takes water, which you might not have a lot of. Also, the taste might be an issue, as it can be tricky to get the powder to water ratio correct. No one wants to drink lumpy milk. As long as the taste doesn’t bother you, then this isn’t a problem. Powdered milk also takes up less space, and you get more liquid milk from those small packages. This is why it’s useful to keep powdered things on hand.

One good thing about powdered milk though is the fact that it can be used for many different things. You can make butter, sour cream, and even cheese from powdered milk, as long as you have the instructions. This is useful because you’ll need to eat a well-rounded diet to stay healthy. And it always helps to have plenty of variety when it comes to foods. The cheese, sour cream, and butter that you stored in your refrigerator before the emergency event will quickly go bad once the power is out. It can be comforting to make your own versions of these items during trying times. If You Have Space, Why Not Store Both?

Of course, there’s always the option of keeping both canned and powdered milk on hand. If you have the room, why not split the difference? Both have plenty of uses and will keep you from developing rickets from a lack of proper vitamins and minerals. It won’t hurt to keep a stash of both in your emergency pantry.

Milk is almost as large a necessity as water. It will hydrate you, provide you with much-needed calcium, and even give you the means to make cheese and butter. You can even use them both in coffee, although not at the same time. When it comes time to choose between canned and powdered milk, the decision is really up to you. Weigh the pros and cons and pick whichever one best fits your needs. And if you have space, keep both.

[Video] – What Really Happens When You Bury a Shipping Container?

Let Us Know What You Think...
Milk in Your Survival Pantry? was last modified: January 2nd, 2018 by Nick A

Little-Known First Aid Items You Must Have