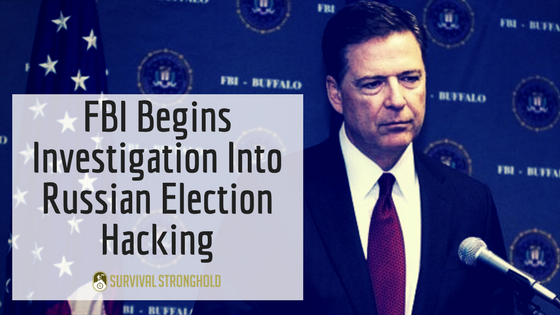 FBI director James Comey, a controversial figure himself during the 2016 election, has announced that his bureau has begun an investigation into the claims of Russian interference.

This comes amidst a flurry of controversy surrounding Donald Trump’s claims on Twitter that President Obama wiretapped his election headquarters at Trump Tower two weeks ago, a claim which the left is demanding evidence for.

As Comey announces how seriously the FBI is taking the potential hacking of a presidential election, which, if confirmed, would have very serious allegations for our relationship with Russia, which is already strained at best. However in what appears to be a bit of an ironic twist, Comey is also expected to publicly debunk Trump’s claims that he was wiretapped by the Obama administration.

When you juxtapose the two side’s of the isle scoffing at the other’s claims of meddling in the most controversial presidential election in the history of our nation, it’s hard not to feel like one side, if not both, are being a bit hypocritical. As the left derides Trump for his supposedly baseless claims, Trump put out a number of Tweets this morning dismissing the claims of Russian hacking.

As usual with widely sensationalized claims like these, there is a bit of truth to each, but whether or not they’re true, the claims, as well as the implications thereof, are groundbreaking, and could be potentially charting the course for drastic political upheaval over the next several years in our nation, and potentially, world. If Russia did in fact interfere with our democratic process, or if our government decides to accuse them as such even further, it doesn’t bode well for our relations with the massive global superpower.

These are unprecedented times of chaos and division in our country, and there’s never been a better time to start taking your family preparedness seriously.

The Silent Killer You’re Not Preparing For…

What Do CIA Ops Know That We Don’t?

To Stay or to Go: How to Decide in a Survival Situation