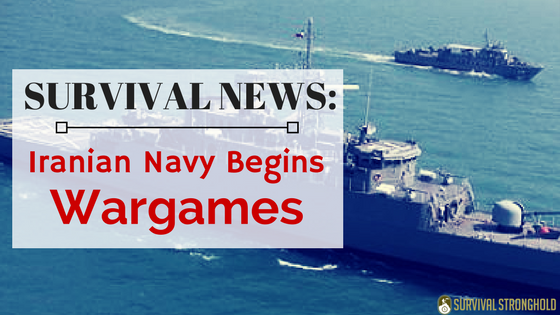 International media sources have been reporting navy drills begun by Iran this weekend in the strategic Strait of Hormuz. This is their first significant military exercise since the inauguration of President Trump, Iranian state television reported.

Iranian Navy chief Adm. Habibollah Sayyari stated in the report that the exercise will take place in 772,000 square miles of the Sea of Oman and the Indian Ocean near the strait, and the war games will include warships and helicopters. This strait is a major oil trading vein, and the U.S. and Iran have experienced confrontations with one another in this location in the past.

The US Navy’s 5th Fleet, which is based in Bahrain, chose not to comment on the exercise and whether or not they had plans to monitor the Iranian navy war games.

President Obama was notorious lenient towards the Middle Eastern country, and his relations with the Iranian government and proposed nuclear sanction deals were surrounded in controversy and harsh criticism from the GOP.

Iran holds these war games annually, and it’s not clear if there is anything remarkable about the exercise.

Although the Trump administration continues to be pummeled in the American media for suspected ties to Russian intelligence, Russia is still an important and powerful ally to Iran. Trump’s language towards Iran would contradict this supposed support of the Russian government, and if the US were to try to enforce nuclear sanctions on Iran, Russia would undoubtedly become involved.

The entire globe seems to currently be engaged in a 3D game of chess, and it can be hard to decipher where anyone’s true allegiance lies, and if WWIII is right around the corner, who the players would really be. So here at Survival Stronghold, we urge you to continue to prepare for come what may. As political divisions in the US continue to mount, and dangerous potential foes flex against one another, we just never know when “too late” might come, so keep prepping and keep your eyes on the news.

How to Identify House Spiders (Infographic)