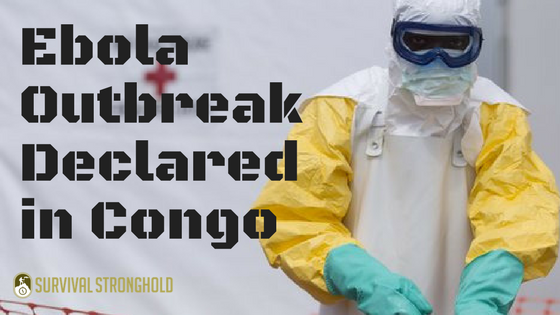 The World Health Organization declared an ebola outbreak in the Democratic Republic of Congo over the weekend, shortly before confirming two more suspected cases in the region.

There are reportedly 11 cases, out of 19 suspected cases, and 3 deaths, in Congo’s northern Bas-Uele Province. The WHO confirmed that a strain responsible for one of the deaths was confirmed to be the same as has been present in the region before.

The WHO is seeking out 125 people who may have come into contact with the virus, and it still remains unclear how the first victim, a male who was diagnosed on April 22nd, contracted it. In the past in this region of Africa, the virus has been traced back to contact with infected animals, such as apes.

This outbreak comes only a year after the end of the massive outbreak that left 11,000 dead across West Africa. The GAVI global vaccine alliance has said that, if an emergency is declared, there is a staggering 30,000 ebola vaccines available from vaccine developer Merck.

Congo has a long history of ebola outbreaks, and is home to the River Ebola, where the disease was first detected in 1972. Along with this, they have a good track record for managing to contain the spread of the disease, and were less impacted by 2014-2016 outbreak than were other West African nations.

We recently wrote about the potential of viral hemorrhagic fevers such as ebola being used as bioterrorism agents. There is no reason to believe this latest outbreak is the result of terrorism, although whenever outbreaks occur there is usually serious discussion as to whether or not an opportunistic terrorist might try to weaponize the virus. As discussed in our recently posted article, however, it would take a very sophisticated laboratory and high level of safety equipment and measures, and most likely anyone who attempted to weaponize ebola and remain under the radar would end up dead themselves. It would most likely require a state-level operation to weaponize ebola. That being said, there are conspiracy theories out there, but they are of course theories.

We also published an article yesterday on sealing up your house against bioterrorism and pandemic, and will be following up with a few more articles concerning this topic, so refer to that and stay tuned for more to prepare your household.