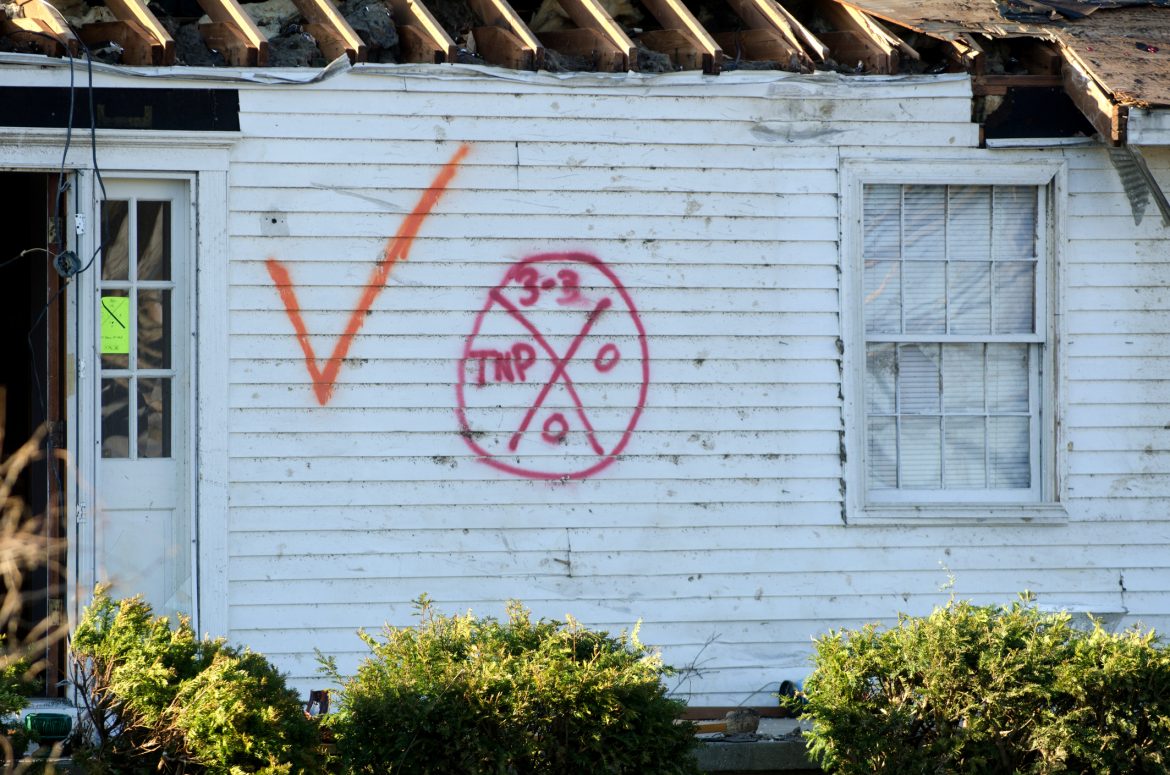 Preppers and survivalists (whichever term you use to call your preparation endeavors), tend to focus on certain things, such as making sure that they’ll have enough drinking water and fuel should something go down. They tend to forget about things like communication. Not the type of communication that’s used to discuss your next steps with your family or keep in touch with loved ones in other parts of the country. This form of communication actually tells the outside world what’s going on inside of your house. They’re called urban search and rescue markings, and you need to know what they are and how to use them.

What Are Urban Search and Rescue Markings?

These markings were developed by FEMA, the Federal Emergency Management Agency. They were used extensively during Hurricane Katrina to let other rescuers know which people were evacuated and which homes needed to still be searched. Without these markings, communication between rescue agencies would get very confusing, and people would tend to reach for a list of homes, rather than know at a glance what was going on. It really simplified things and made recovery efforts more fruitful. Saving time during one of these situations is very important.

What Are the Markings Made of?

In most cases, the markings are made of spray paint in a color that’s easy to read. For example, you don’t want to use dark blue spray paint on a blue house. Instead, reach for a color that contrasts with it. With that said, in a pinch, you can use just about anything, as long as it’s permanent. A thick Sharpie or another permanent marker will work if you have nothing else. However, we recommend adding spray paint to your list of prepper supplies.

Why Do I Need to Know Them?

In a situation where everything bad is happening, you need to be able to read the symbols on any homes that you come across. You also need to leave some markings on your own dwelling so that rescuers know what’s going on in there. It’s a good way to communicate without having to speak. For example, if you have plenty of food, but no way of leaving the area for whatever reason, you can inform the rescuers of this with a single symbol. You won’t have to yell “help” every time that a vehicle passes.

Related Article:  4 Tips to Safely Evacuate a City During an Emergency Situation

What Are the Symbols?

There are several different categories of urban search and rescue markings. They include FEMA structure and hazard markings:

Another type of markings is for FEMA search assessments. They are:

Now that you know what the symbols are, you can use them when you have to.

Electric Companies Have Already Gathered An Army of Lawyers To Take It Down.  Learn more here>>>

Let Us Know What You Think...
Urban Search and Rescue Markings and Why You NEED to Know Them was last modified: September 6th, 2019 by Nick A

4 Tips to Safely Evacuate a City During an Emergency Situation

Fresh Drinking Water: What to do in a...

Fishing for Newbies – Tips You Need