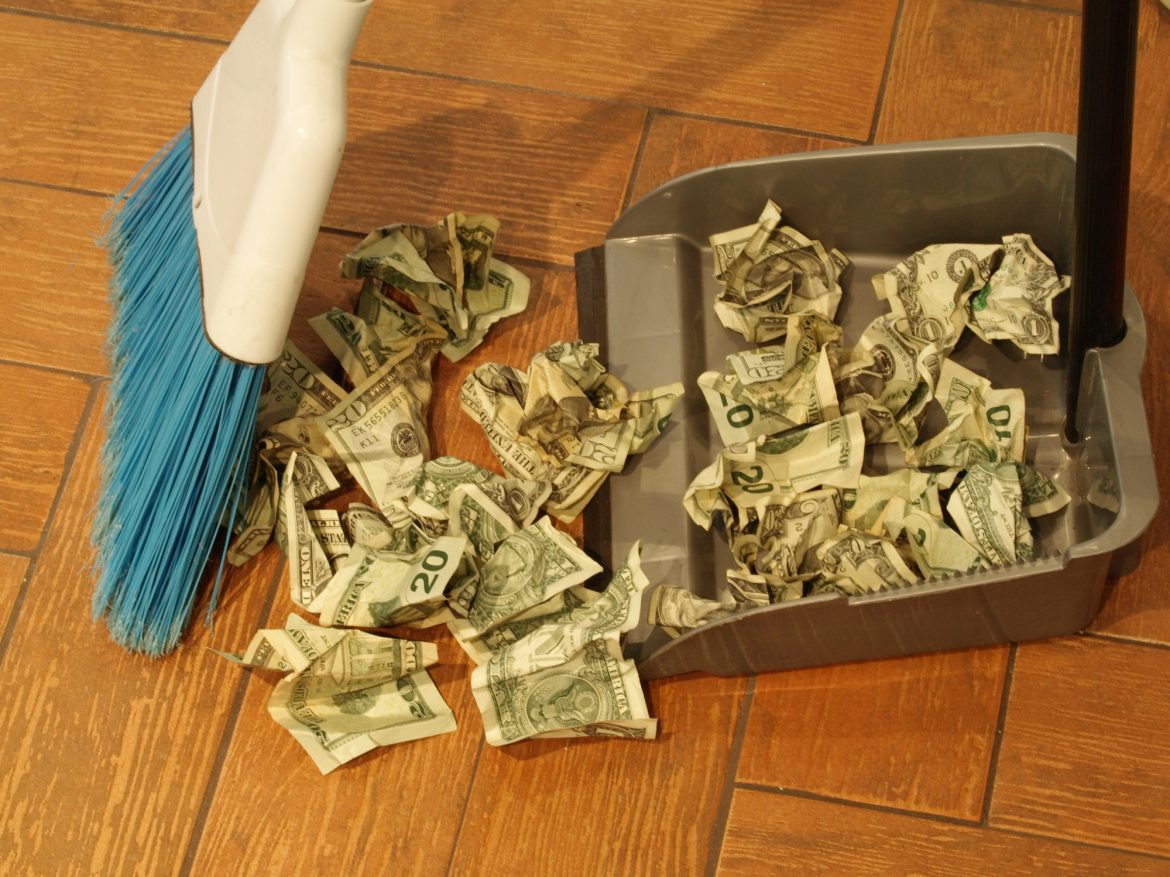 All of your life you’ve been told to save your money for the future. While that’s a good plan, what if some tragedy happens and it’s every man for himself. Without a government in place to uphold the value of the all mighty dollar, people will return to a bartering system of older times. The cash that you worked so hard for is virtually worthless and only good for starting fires. So, what should you be doing to ensure your safety net is in place if something does happen to render money useless? Now you can find out.

Gold is one of those valuable metals that never seem to lose its value. You can likely use it to exchange for products or services regardless of what’s happening in the world around you. It’s been used for thousands of years, and people still consider it worth something. When disaster strikes, you should have some stored somewhere away from your bug out location safely and securely.

Gold can be stored just about anywhere, and all you’ll have to worry about is a little bit of tarnishing. That can be washed away making it good as new. When you are stockpiling your gold, make sure it’s gold and not bullion.

When the economy collapses, there’s a high probability that people are going to want some alcohol once in a while to escape the reality. From as far back as the Stone Ages people have been turning to a drunken buzz to reduce the stress and worry of what world struggles are happening.

Tobacco is a Vice

Cigarettes are a vice that people are going to want in a failing economy just as much as alcohol. If you are the one that has them, you are going to have more power when it comes time to do bartering. There is a higher probability that things are going to work out to your benefit because they are going to agree to anything to get those smokes.

Be sure to collect non-menthol cigarettes because they will hold up longer. You also have to consider how you are going to store them for an extended shelf life. After about five years, they aren’t going to be worth much anymore if they haven’t been kept properly.

When the time comes, you’re going to have to know how to talk to people to barter anything effectively. You need to know what to say so that they see you as a valuable person instead of just someone to loot. You’ve done all the work to stockpile the items people want; now you need to have the ability to disperse them to your advantage.

Eventually, all the commodities are going to run out. Then your only option is providing a service to get what you need to survive. If you have a plethora of survival skills up in your memory bank, you can “sell” them to people that are struggling with making it in a world without money. On top of that, people are going to want to keep you around in case something goes even more wrong.

Let Us Know What You Think...
What to do if Money Becomes Worthless was last modified: February 10th, 2022 by Nick A

Tips for Crossing a River in the Wild

Keeping Pests Out of Your Survival Food