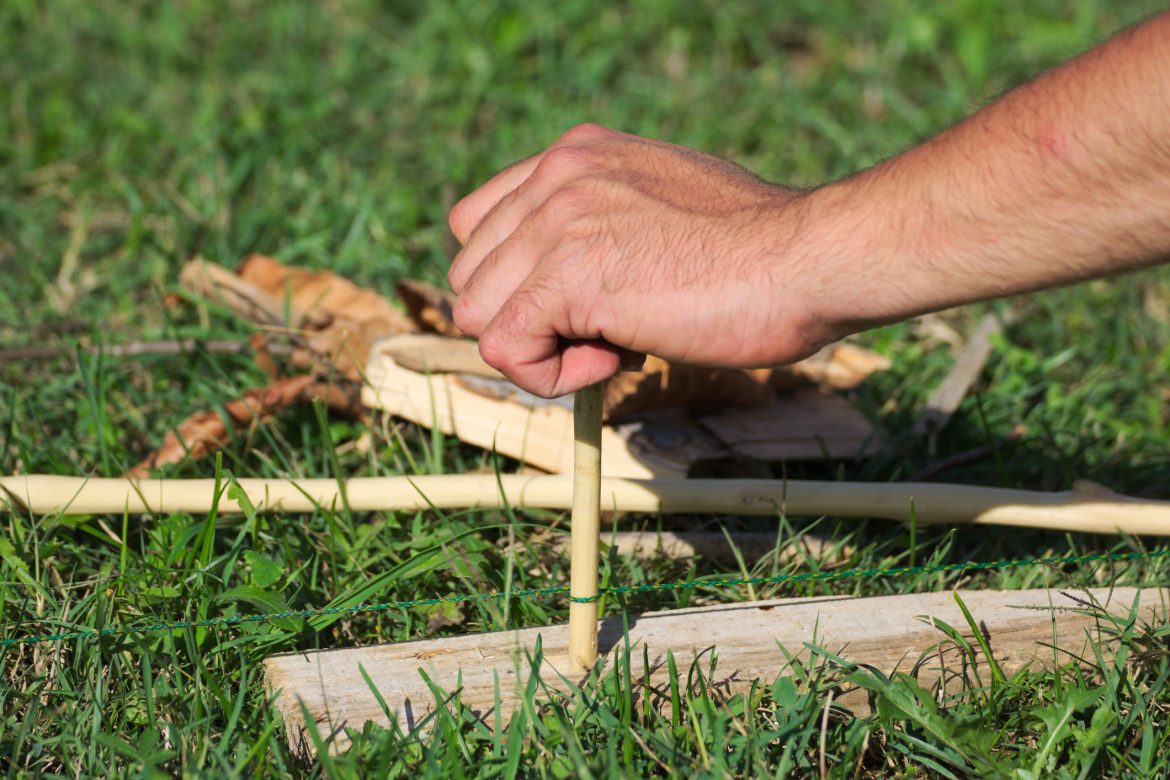 The bow drill is best known as a prehistoric way of starting a fire. Archaeologists have found these drills in sites that date back to the 4th Millennium B.C. Early man used them to drill holes in semiprecious gemstones. Although bow drills are no longer used for this purpose (modern tools are now used for those purposes), they are a useful way to build a fire if you don’t have any matches or other fire starting methods.

Parts of A Bow Drill

In order to assemble a bow drill, you first need to know what one consists of. There are five main components, the board, spindle, handhold, string, and bow. The string and bow go together, and resemble the typical set up used to launch an arrow, only much smaller. The handhold fits on top of the spindle, while the spindle fits into the board, which has a notch cut into it. All of these parts can be made from things found in the woods. All that you need is a sharp knife and some basic knowledge.

Creating the Board and the Handhold

It all starts with a tree branch. Break off a one-foot long piece of the branch and split it evenly up the center. From there, whittle away at part of it until you have a section that’s roughly one inch thick, three inches wide and at least two inches long. This piece needs to be relatively flat.  The handhold is made from the other half of that split tree branch. Once again, whittle away at the branch until you end up with a flat piece that’s four or five inches long. Take the time to ensure that the sides are smooth so that you don’t end up with splinters from gripping it. Finally, make a cone-shaped depression in the center that’s around half an inch deep. The sides of the depression should be at a 45-degree angle. If you can, make the spindle from the same tree branch. However, you might have to get another one, just to ensure that you have enough wood to create this piece. The spindle needs to be a dowel that’s roughly one inch in diameter (or, if you aren’t able to measure, make it the same width as your thumb’s first knuckle.) The dowel can be any length, but it needs to be manageable. You don’t want one that’s two feet long. It does need to be pointed at both ends.

Assembling the Bow And String

These are the last two pieces of the bow drill. The bow needs to be made from a green branch that’s the same length as the lower half of your arm (measure from the elbow down.) This branch should be the same width as your index finger. The reason for choosing a green branch is because the live wood needs to be flexible (read: bendable) and you need to split the last two inches of it on either side to create a space where the string goes.

Speaking of the string, you can use a number of materials for this piece of the bow drill. Things like nylon and cotton cord and even strips of leather will work well. However, if you need to use natural materials found in the woods, look for a strong and thick piece of stem that is the length and a half of the bow. Tie it onto the bow with a clove hitch know.

Now that you know how to create a bow drill out of tree branches and other natural parts, you’ll be able to create a lifesaving fire out in the woods.