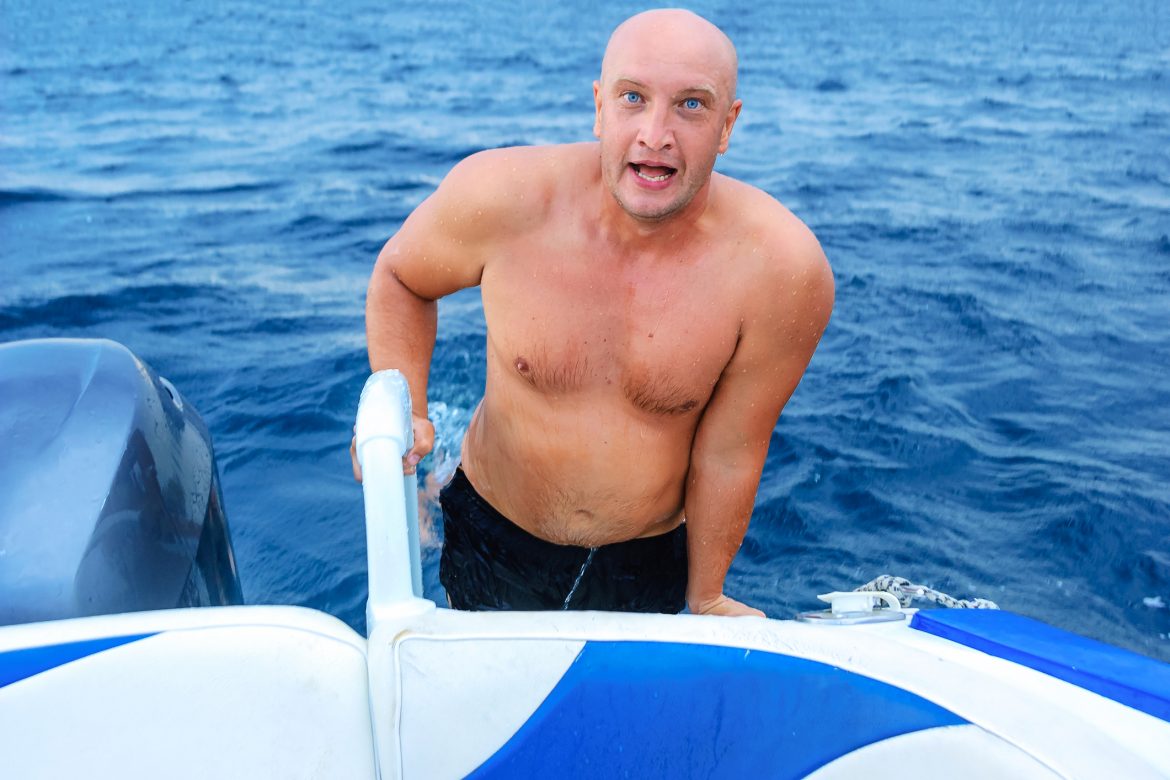 When a current of electricity hits the body of a swimmer, that person’s skeletal system is paralyzed making it impossible for them to move. The result is most often a drowning that is referred to as Electric Shock Drowning or ESD.

Docks and marinas are the most common place where ESD occurs because boats are tied up to electricity there, and something goes faulty. That doesn’t mean that it can’t happen somewhere else though. That is why there are standards put in place by the ABYC and NFPA to prevent these kinds of accidents.

How Does Electricity Get Into the Water?

When a boat is connected correctly, all the current of electricity goes through the boat and the shore power cord back to the dock where the power originates. In some instances though, that current can get into the water. How that happens can be explained as:

An electrical fault where current is leaking out of the system and finding another source at the shore.

There also is no ground fault protection. In some systems, there are ground fault protection devices that detect when something is wrong with the electric current. It shuts the system down within a few seconds. If there is no such thing in operation, then the flow is going to keep just dumping into the water where unsuspecting victims are swimming.

How ESD Is a Secret Killer

The electric charge often happens at intermittent times. That means that when a person first enters the water, it feels safe. Then, when something gets turned on from the boat like a light switch or a battery charger, for example, the current enters the water within an instant.

Without someone witnessing what’s happening, the typical order of events involves first the electrocution, then the paralyzing of the victim, and finally the drowning. During an autopsy, the electrical part of the death is often not reported, and the person is said to have simply drowned.

ESD is something that the public hasn’t been aware of until recently. Public awareness is becoming more widely spread, but it continues to kill people every year.

Related Article:  6 Ways to Stay Alive if You Capsize Your Boat

In short, there have been a lot of people that have died with unexplained drowning being the only explanation given.

It is believed that a good amount of the drownings that have been officially determined a result of drinking, cramping, or some other issue were actually due to ESD.

Experts think that those deaths that have been labeled ESD are just a small amount of the actual times that it’s occurred.

It costs about $150 to buy the tools necessary to determine whether or not your boat is leaking electricity into the water. It’s a small price to pay if it could save the life of a swimmer nearby or even your own family member. You need a basic circuit tester and a clamp meter.

The circuit breaker tester will tell you if your systems are operating properly. The clamp meter attached to the power cord will show you if the electricity that is entering the boat is leaving it the same way. It should read at zero. If your boat is parked in a freshwater marina, there should be an operator present that’s already doing this, but you can’t rely on that.

Let Us Know What You Think...
Why is Electric Shock Drowning a Secret Killer? was last modified: July 6th, 2018 by Nick A

How to Make Herbal Tinctures

How Important Is a Medical Kit for Survival...

9 Ways Bourbon Can be a Life Saving...