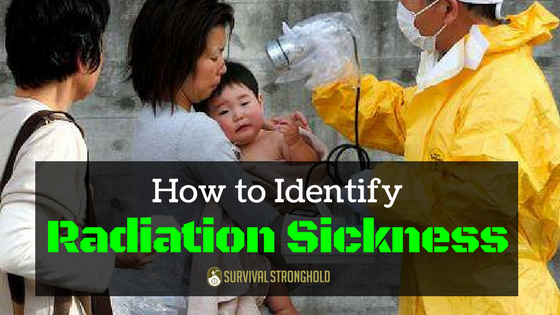 Radiation poisoning is a silent but deadly killer, and it is something we should be taking very seriously in this day and age. Radiation poses a huge threat to life on this planet, both in the form of fallout from nuclear disasters such as the Fukushima nuclear disaster, and in the event of actual nuclear weapons being deployed.

Radiation sickness is something that is very important to know how to recognize, because radiation is impossible to detect with the naked eye. You’ll need to be able to identify the signs and symptoms, so it can be treated right away. Also, the treatment for radiation sickness can be very harmful to a body that has not been contaminated, so you won’t be able to take any kind of medication as a preemptive measure.

These are the signs to look out for to identify radiation sickness:

There are varying degrees of radiation sickness, for example, if you see any of these symptoms immediately after exposure, the sickness is very severe. If symptoms show up a few hours or day later, it won’t be as severe, but either way, not to be taken lightly.

Radiation exposure is no joke, so if you have any suspicion that you’ve been exposed, you should seek medical attention, even if symptoms are minor.

If you are certain what the source of radiation poisoning is, leave that area immediately and alert others of the exposure. However, if you have any of these symptoms and aren’t aware of being exposed to radiation, don’t discount the possibility. When the disaster at Chernobyl happened, residents weren’t alerted right away, so don’t rely on officials alerting you of exposure before taking measures to identify and treat radiation poisoning.

How to Make Your Own Fishing Net (Video)