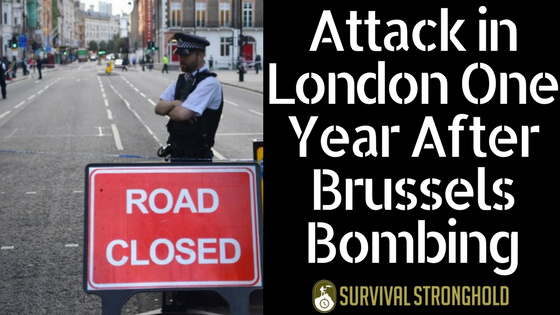 Exactly one year ago today, Brussels, the cosmopolitan capital of Belgium, home to the EU and NATO headquarters, experienced a devastating, violent, terror attack that ripped the city apart.

In two separate bombings, the city’s main airport and a busy, rush hour subway station were struck, killing 32 and injuring over 300. The attack came in the midst of a heated debate over the security risks of mass migration from war-torn, Middle Eastern countries, and were sadly confirming to those who had been concerned.

Since this tragic event, Europe has continued to see rising crime rates, several terror attacks in other countries, and a greatly divided populace.

And today, in London, the dust is settling after an attack outside the British Parliament, in which several people have been injured. It is unclear yet who the perpetrator was or what they were motivated by, but it just stands as a sobering reminder that public acts of violence are slowly beginning to become the norm in Europe.

It is also a reminder that we simply can’t ever rely on infrastructure or government to keep us safe, and this is why we’re survivalists. There are always bad people out there who want to cause chaos and destruction, and we need to make sure we’re preparing our homes and our family.

No matter what, there will always be a threat. Even if it’s not terrorism, or war, or civil unrest, there’s always natural disaster, so it’s up to you to get ready, and large-scale terrorist attacks like the one that happened in Brussels a year ago always stand as a reminder that you never do know when, or where, disaster will strike.

If you live in an urban environment, like Brussels, it is particularly urgent that you familiarize yourself with urban survival, survival during civil unrest, equip yourself with the appropriate everyday carry, and come up with a plan for your family in the event of such an emergency.

We’ll keep you posted as we know more about what happened in London as it relates to survival and preparedness.

Are You Really a Good Shot?