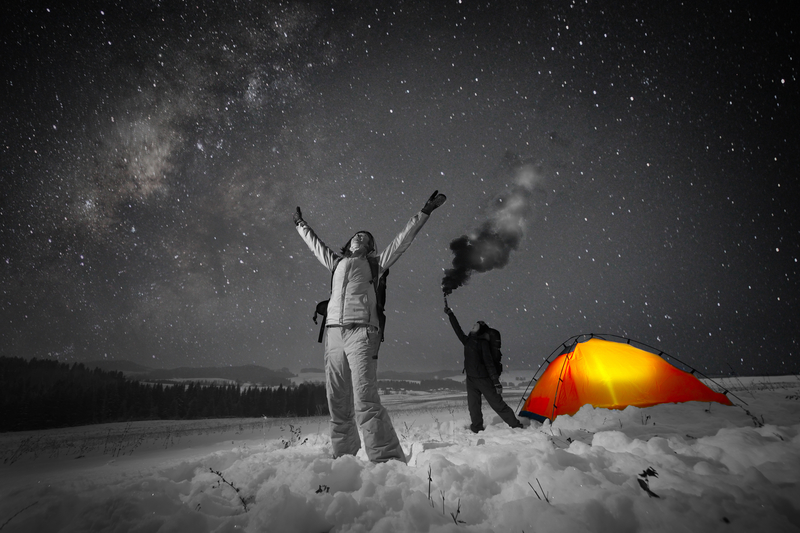 We provide a lot of information that will show you how to erect shelters, build your own weapons to hunt, and start a fire using two sticks, patience, and brute strength.

One thing that is not often talked about is that in a real emergency survival situation, your priority will probably be signaling for help so people will know where to find you.

Good Strategies to Know for Actually Getting Seen

Whether you are a mile from help or 50 miles, there are several ways to send a signal that will let people know not only where you are, but that you are in trouble.  But, before we cover some specifics there is one key component to almost all signals.  That is Contrast.

It doesn’t matter how you go about creating your signal.  If it doesn’t stand out from the rest of your surroundings, you are not going to be seen or heard.

Yes, heard.  I’m sure most of us are familiar with the concept of contrast as it applies to visual objects.  When talking about signaling for help, contrast also refers to making sure your audio signal stands out from the natural sounds of your environment.

Case in point:  if you have a whistle or a horn, check to see if it’s tone and decibel level doesn’t blend in with the calls of the local birds or other wildlife.  If it does, you should probably try something else.

Now that we’ve established the importance of contrast, let’s move on to the fun stuff.

One of the most effective ways to signal is a light source.  Flashlights, laser pointers, and even fire can help you get the attention you need quickly, especially at night.

If you have more control over your source, you can flash it at a similar speed as the standard hazards lights on a vehicle.  You can also employ the Morse Code “S.O.S” signal that has developed into a universal call for help.

If it’s still daytime, using a reflective surface like a mirror or a piece of glass or metal will let you bounce sunlight off a target in the distant.

Search helicopters usually are on the look-out for any shiny object that is not part of the normal terrain. Smoke usually gets people’s attention.  If you have the means to build a fire, get one started as soon as possible.

Once started, you can make the smoke easier to spot by burning different items.  Plastic and rubber may smell bad as they burn, but the thick dark smoke they put out will be seen from quite a distance.

Make sure you’ve gathered a decent pile of materials before starting and control the rate you add to the fire, so you don’t run out too soon.

If it’s a cloudy day, light and smoke may not have enough contrast.  This is where a good audio signal will come in handy.

Yelling will work, but you may wear yourself and your voice out before anyone gets in range to hear you.  A whistle is a very common tool found in survival kits, primarily for these purposes.

Take a look at this affordable whistle on Amazon:   Emergency 5 in 1 Whistle

If you don’t have access to official noisemakers, you can always make some.  Anything made of metal can be banged in a way that will not sound like the noises found in nature.

Keep in mind, sound doesn’t carry as far as light, and increased weather conditions may cut that distance even more.

These three key ideas will go a long way in getting help as quickly as possible under whatever conditions you find yourself.

How To Save Your Marriage… Starting NOW…Learn How Here

Let Us Know What You Think...
3 Great Strategies to Signal for Help was last modified: November 16th, 2017 by Nick A

Best Bug Out Places in the United States