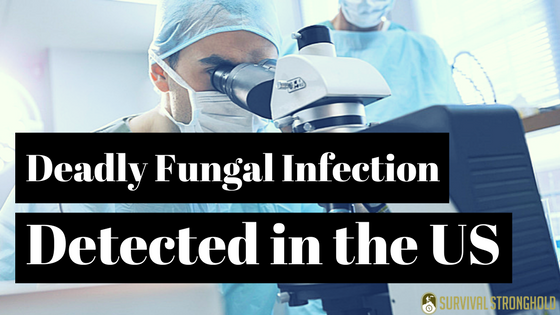 A highly drug-resistant fungal infection that doctors have been fearing has been found in nearly three dozen people in the US. Federal health officials warned in June of last year to be on the lookout for this deadly fungus, which has been spreading around the world in the last year.

This is a strain of the Candida yeast, but unlike garden-variety yeast infections, this can cause infections in the bloodstream that can have devastating effects on circulation, heart, and lungs.

It is also highly contagious, and can be communicated through the skin as well as live for weeks on bed rails, chairs, and other hospital equipment. It is most dangerous to the seriously ill, and this is the population that it has affected the most in the US.

28 out of the 35 cases in the United States have been in New York, and 18 more people across the country have tested positive for the fungus without being sickened by it.

In other countries where the fungus has been detected, it has been shown to be highly drug-resistant, and so far, the strongest antifungal medications on the market have been ineffective in combating the infection once it takes place. However, since so many of the patients who died after contracting the infection were already terminally ill, it is unclear if that was the cause of death or not. Also, in the United States, there has been more success treating the infection with medication, which is hopeful.

Silent killers like fungal infections are certainly quite intimidating, especially with a death rate like 60%. However, there might not be much cause for alarm, if you are already in good health and stay out of hospitals. This is just a stern reminder to keep your body healthy overall as your most important survival practice.

Exercise, eat plenty of fresh fruits and veggies, avoid processed food, and take supplements. Get yourself stocked up with plenty of vitamin C, clean drinking water, face masks and other supplies for a mass outbreak as well, you never can be too careful.

The Real Threat of ISIS…

Survival News: Is the US Instigating War With...